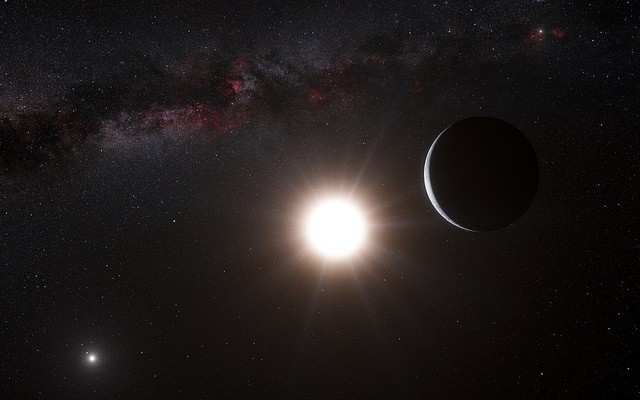 The most recent Nature World News reported this week that a German weekly magazine announced that researchers have found an “Earth-like” planet orbiting Proxima Centauri—a star that’s known as a “tiny, red dwarf.”

The recently discovered planet is only 4.25 light-years—about 25 trillion miles—away from Earth, which is still a significant distance.

According to Phys.org, the magazine reported that the planet could have conditions that supported life.

“The still nameless planet is believed to be Earth-like and orbits at a distance to Proxima Centauri that could allow it to have liquid water on its surface—an important requirement for the emergence of life.”

The report said that the European Southern Observatory would announce the new planet at the end of this month, but that hasn’t been confirmed yet.

Last year, NASA reported findings of a planet they called Kepler 452b. It’s 60 percent larger than Earth, with sunshine, oceans, active volcanoes, twice as much gravity and a 385-day-long year. The problem was that Kepler 452b is 1,400 light-years away from Earth.

What If Someone You Love Is Addicted to Drugs?