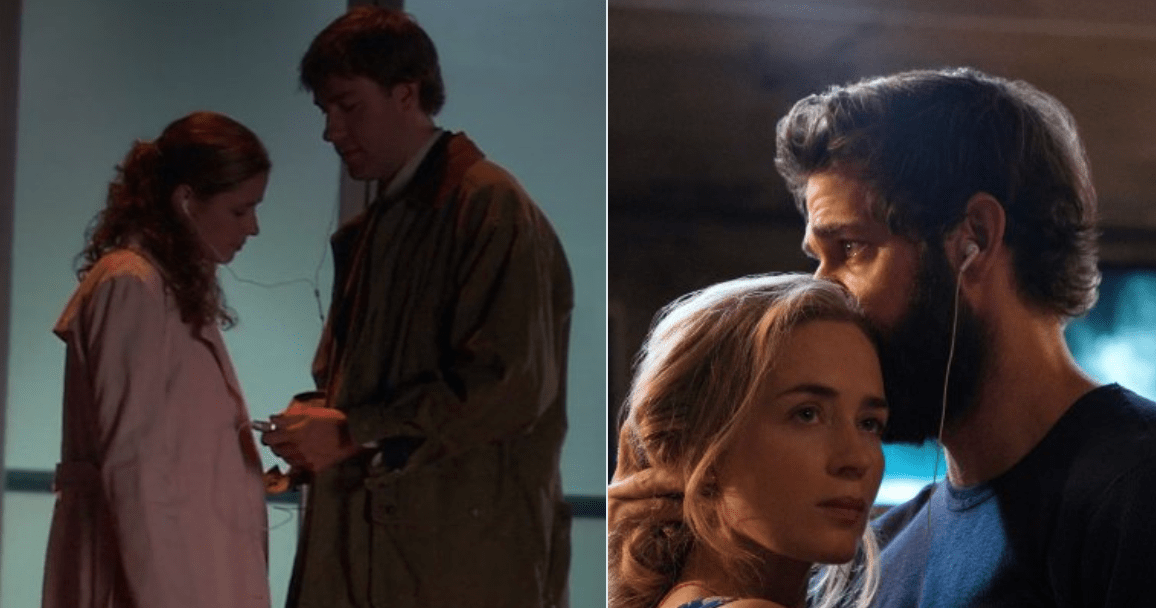 If you’ve seen any of the trailers for John Krasinski’s new horror film A Quiet Place (which he stars in and directed), then you know that the plot revolves around a family that must live in silence to avoid detection from some sort of evil force.

As viewers who went to see the film this weekend noticed, one scene looked extremely familiar to fans of Krasinski’s original breakout role of  Jim Halpert on The Office.

There’s a scene in the film where Krasinski’s character and Emily Blunt’s character (who are husband and wife in the film as well as real life), share a romantic moment together as they both wear one earbud, and listen to a song—JUST LIKE JIM AND PAM DID.

OK. Was the one headphone in each ear dancing scene in A Quiet Place a purposeful nod to The Office fans, @johnkrasinski, or… pic.twitter.com/rSiYDMTCBa

WHO DID IT BETTER? pic.twitter.com/Fy1EfANzv3

Disney Deleted a Very Creepy Tweet, and Everyone Is Unsettled