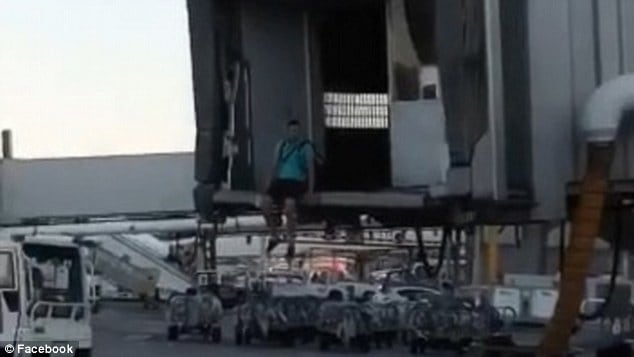 Anyone who has gotten to their plane’s boarding gate just to see the door closed has dreamed of flagging it down before it takes off.

But most of us take the cowardly route and just come up with a plan to get on another flight.

That’s not how it happened with this hero in Spain.

He managed to get past security and jump down onto the tarmac to chase his Ryanair flight to the Canary Islands. With two bags in tow, he first tries to stop a baggage carrier vehicle, but ends up just sprinting for the plane.

He was allowed to board, proving he knows exactly what he’s doing.

The Spanish Civil Guard told CNN that he was detained upon landing and released, but he will be tried in Gran Canaria. Ryanair released a statement saying that this security breach would fall under Madrid Airport Police’s jurisdiction.

Madrid Airport Police has yet to comment. We suspect they’re too impressed to respond.