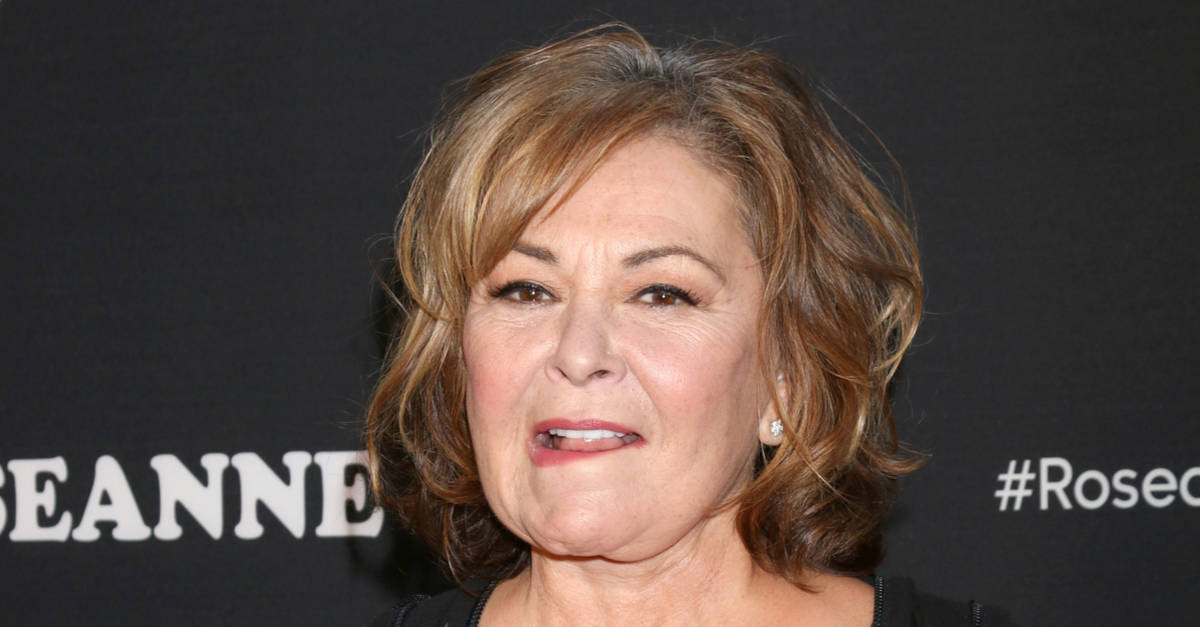 A ripple broke through the television world yesterday when ABC’s reboot of Roseanne was cancelled following star Roseanne Barr’s racist comments toward Obama aide Valerie Jarrett on Twitter. The show had seen huge ratings and had already been renewed for a second season, but ABC acted fast and came down hard.

Now, Barr has apologized. After saying she was leaving Twitter, she returned to social media late Tuesday night and Wednesday morning to issue apologies, share the support she’s received from fans, and acknowledge all the people whose jobs were lost as a result of her actions. She also said her comments were a result of “Ambien Tweeting.”

I apologize to Valerie Jarrett and to all Americans. I am truly sorry for making a bad joke about her politics and her looks. I should have known better. Forgive me-my joke was in bad taste.

In tweets that seem to have been since deleted, Barr wrote she “did something unforgiveable so do not defend me. It was 2 in the morning and I was ambien tweeting-it was memorial day too-i went 2 far & do not want it defended.” She also said, in regards to her Jarrett remark, “I honestly thought she was Jewish and Persian-ignorant of me for sure, but…I did.” She wrote she didn’t know Jarrett was black (Barr had made a joke that Jarrett was like the offspring of the Muslim Brotherhood and Planet of the Apes).

Apart from Barr, hundreds of people who worked on Roseanne are now without jobs. What’s more, the show’s Emmy campaign has been halted, and talent agency ICM has dropped Barr as a client. (h/t Hollywood Reporter)