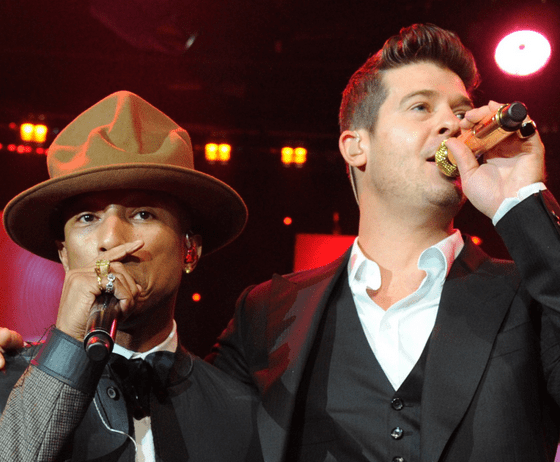 Yesterday, a jury determined that Robin Thicke and Pharrell’s massive male gaze mantra “Blurred Lines” unfairly ripped off Marvin Gaye’s 1977 hit “Gotta Give It Up.” As a penalty, they’ll have to pay a whopping $7.3 million to the Gaye estate. The song became a smash hit for the summer of 2013, but the backlash against its skeevy video and even skeevier lyrics quickly put it and Thicke himself in the cultural dog house. Admittedly, it’s hard to avoid feeling a bit of schadenfreude for a song with so much hatable content getting so throughly punished, but as a few places have noted, the ruling sets a troubling precedent.

Moral content aside, “Blurred Lines” bears only vague resemblance to “Gotta Give It Up.” You could argue “Blurred Lines” was inspired by Gaye’s classic (Pharrell certainly tried) but pop music has always existed in dialog with other songs. In the ’60s, the Beatles and the Stones swapped Bob Dylan influences like boys trade baseball cards. Rolling Stone once noted that “Smells Like Teen Spirit” sounds an awful lot like a grunge cover of Boston’s “More Than a Feeling.” As Deadspin notes, the Police could sue Bruno Mars for any number of melodies.

So where does the line between inspiration and plagiarism exist? That’s a difficult one to nail down, but “Blurred Lines” doesn’t seem to exist too close to it. There are many reasons to detest the song. Copyright infringement isn’t necessarily one of them.

I Don’t Like Going to Church. Why Should I Keep Attending?