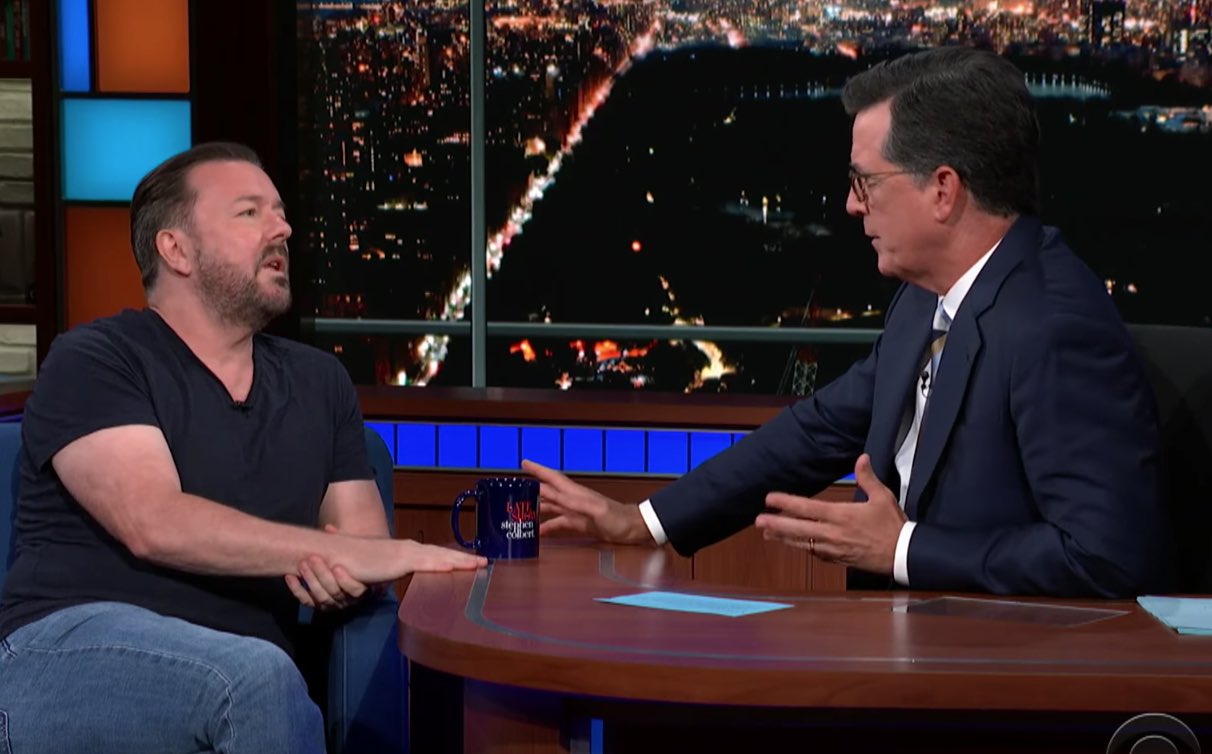 Recently, Gervais visited The Late Show to discuss his new special stand-up “Supernature,” and the duo began discussing their different ideas about faith and the supernatural. Though neither shifted their positions, the conversation was non-combative, pleasant and even funny. It was a refreshing departure from the hostile tone these types of discussions often take.

Gervais explained, “I have no problem with faith or spirituality — I feel it in different ways. I feel it when I see nature.”

Colbert admitted that he sometimes feels his faith more strongly than other times, comparing it to a lightning bug. “I have a firefly of a faith: it comes and goes, it shows up ever so often,” he said.

The interview wasn’t anything groundbreaking, but it was a nice reminder of how natural and friendly these types of conversations can be.

This New Trailer for Brad Pitt’s ‘Ad Astra’ Is Breathtaking