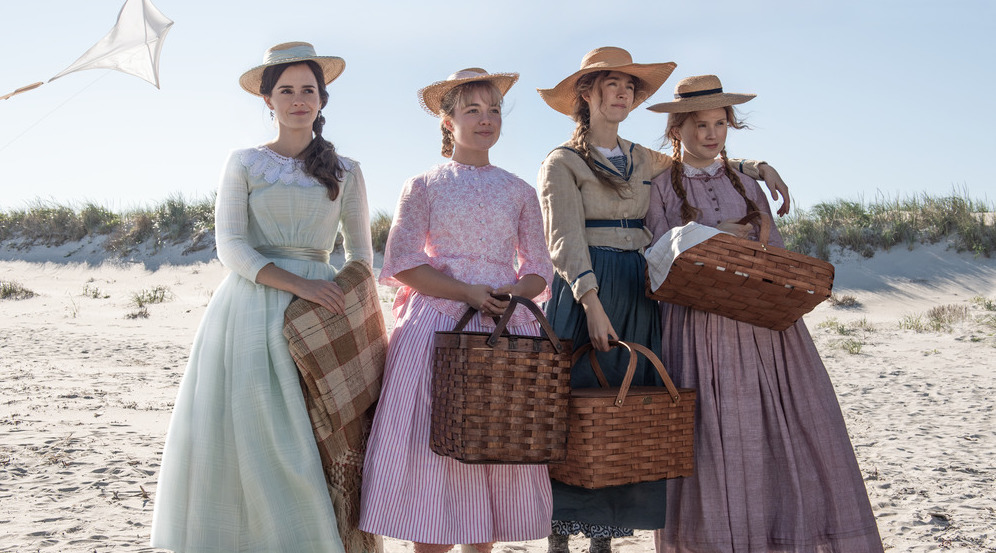 Greta Gerwig knows what you think of when you think of Little Women. The March sisters bundled up by the fire while their mother reads letters from their father out loud. Jo bent over her desk, scribbling by candlelight. The family gathered around the table. Whether your first encounter with Meg, Jo, Amy and Beth was through Louisa May Alcott’s novel or any of the half dozen screen adaptations, people have a certain idea about what Little Women should be.

The wonder of Gerwig’s adaptation then is that she honors this idea while simultaneously interrogating it, entering into gracious conversation with her source material in a way that goes far beyond mere transcription of the book from page to screen. She approaches beloved scenes sideways and sees them all the more clearly for it, the same way you see old memories, experiences and relationships differently through the lens of adulthood.

It is a nimble dance to convey this attitude in a movie but Gerwig has established herself as one of her generation’s best filmmakers, and she pulls off a true marvel here.

The effect is transcendent.

Little Women is superb, a tour de force from Gerwig and her cast.

Filmed on location in Concord, Massachusetts, the film takes some daring time-hops out of the gates, introducing the March sisters well into their rapidly deconstructing adult lives before immersing us in the sun-dappled days of their youth.

The film takes on impressionistic, almost Malick-like tones in some of these depictions, eschewing linear storytelling for a montage of moments in which the sisters play, bicker, scheme, dream and collapse into fits of shrieking laughter through what feels like endless childhood, beautifully happy in the way only children can be. But in Gerwig’s world, adulthood is a tide. And like it or not, the tide is coming in.

This approach infuses the story with fresh urgency. The last decade has seen studios master the art of fan service, delivering on audience expectations and no more. Just pull up Twitter anytime Marvel makes a slight deviation from the comics. (Or better yet, don’t. It’s not pretty). Little Women has fans as die-hard as any superhero character’s, and they’re likely to come to this movie with a wary eye, expecting a straight forward adaptation. The easy move would be a simple translation of page to screen, but it’s a move this movie resists again and again. Gerwig approaches the book not as a translator, but an explorer, and fans are all the luckier for it.

The 2010s were a decade of nostalgia. Increased access to the troubles of the world made us long for the perceived innocence of yesteryear, when politicians were more honest (they weren’t), the country was more unified (it wasn’t) and people looked out for each other (they still do). There is nothing whatsoever wrong in taking comfort in memories of the past, however gilded they may be. But Little Women challenges viewers to put such memories into the context of our whole lives and see sentimentality as neither false nor trivial, but the first chapter of a richer, deeper story. I won’t spoil it here, but one masterful scene is aflame with meaning, cutting between twin past and present experiences that work together in a stupefying symphony of joy and sorrow.

I had the opportunity to speak with Gerwig in Concord, and she told me every cinematic choice she made was “footnotable” — meaning if it wasn’t in the book itself, it was pulled from Alcott’s other writings, be it letters, journal entries or essays. This is no grimmy, gritty reboot, but a marriage of timeless material and timely perspective. Little Women fans will not find their love of the book challenged so much as informed in a way that might make the book all the richer.

That’s the sort of filmmaking that it would be good to see more of in the next decade. Art that not only acknowledges the value of our past, but encourages us to forge ahead in the present. Movies that neither dismiss nor indulge nostalgia for its own sake, but squeeze it to wring out whatever truth might lie within.

One final note. I can see how a title like Little Women might chase off some male audience members, who’d rather go see Star Wars or the latest Captain Kickpuncher. All I can tell you is that you’re depriving yourself of one of the year’s best movie-going experiences, and I can’t imagine many viewers, man or woman, will be able to resist its charms.