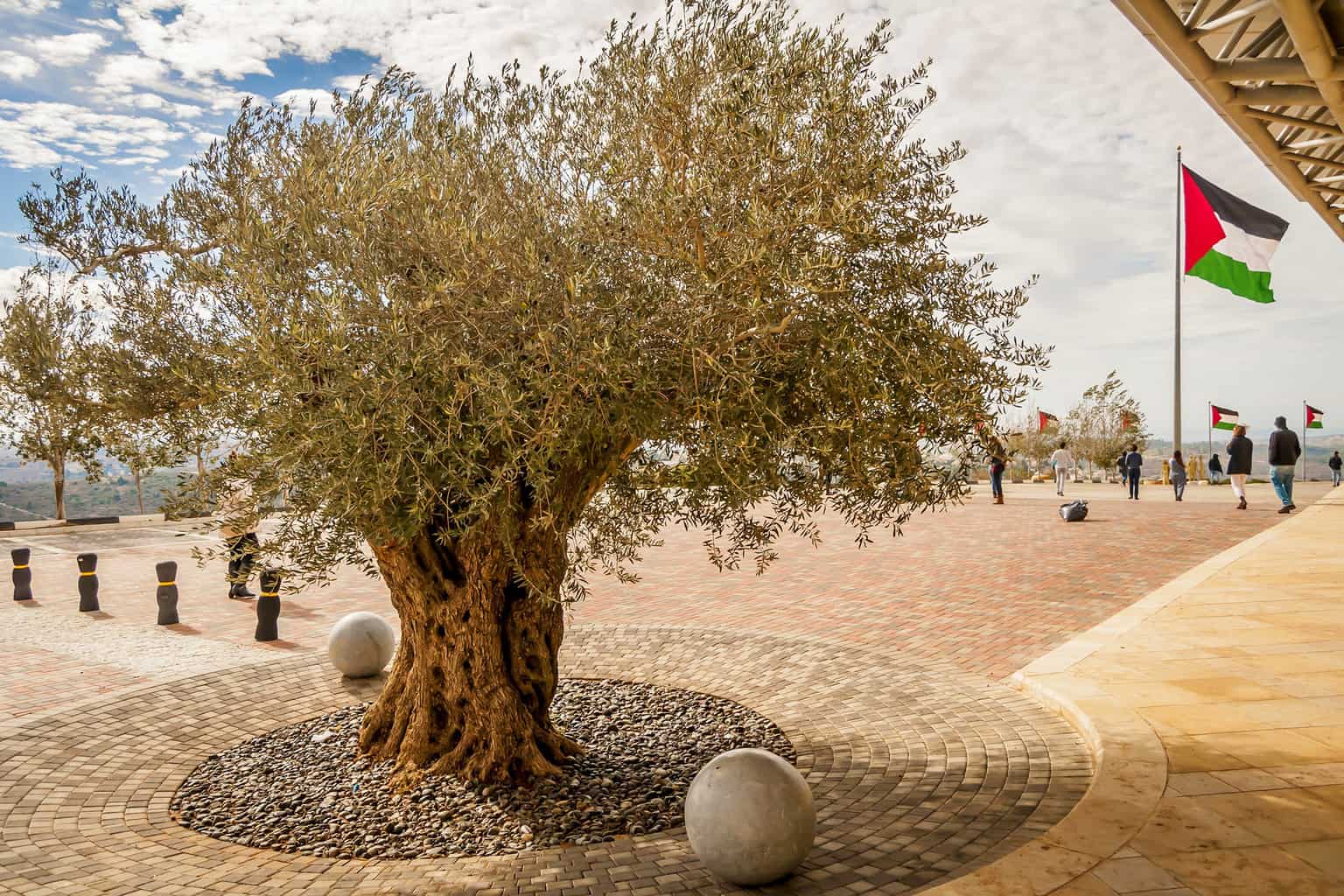 Some Christians see the upheavals in Palestine and Israel—including the recent moving of the United States embassy to Jerusalem and the subsequent killing of dozens of Palestinian protesters at the border of Gaza—as signs of the coming biblical apocalypse. Without question, they are correct, just not in the way they might have thought.

We won’t know when the world ends until the world ends (Matthew 24:36). But we can know for sure, even now, that these events entail an apocalypse in the sense of the original Greek meaning of the word: an unveiling or revealing (as in the Book of Revelation). These violent events or, more specifically, our responses, reveal something crucial about the character of our faith.

What is the appropriate Christian response on Palestine? Many Christians in the United States turn immediately to the biblical words of God to Abraham: “All the land which you see, I will give it to you and to your descendants forever” and “I will bless those who bless you, And the one who curses you I will curse” (Genesis 13:15 and 12:3). Yanked from an ancient Hebrew religious context and slapped onto the 20th- and 21st-century Israeli-Palestinian political conflict, such passages are taken as the beginning and end of the Christian response. In other words, God said it, that settles it.

Oddly, the same approach rarely gets used with such other passages as “You shall not move your neighbor’s boundary mark” (Deuteronomy 19:14) and “The stranger who resides with you shall be to you as the native among you” (Leviticus 19:34).

Such an utter lack of nuance does not befit the People of the Book. Instead, let us reason together. Let us use our minds, as we’re called to do (Luke 10:27), and parse the situation more carefully. We should distinguish between three distinct kinds of questions:

The Eschatological Question: Who, in God’s eyes, has the right to occupy the land?

The Sociopolitical Question: What, militarily, diplomatically, humanitarianly, should be done in the conflict?

The Human Question: Whose lives and deaths do we know and care about?

It seems to me that many Christians in the United States conflate the first two questions and ignore the third. The ancient biblical texts cited above are taken to mean, directly and without any ambiguity, that the modern state of Israel is divinely in the right and that anyone who opposes Israel thereby opposes God. As a result, whatever the Israel Defense Force does to overcome its opponents is divinely justified. (As for the suffering of those opponents, not much is said.)

I have two things to say about this approach. First, contrary to what some believe, these questions have other possible Christian answers. What I’ve just described as a common Christian position in the United States is but one position (for instance, Christian leaders in Jerusalem see things differently).

Second, and more importantly, if we would be like Christ, then we must prioritize the three questions in exactly the opposite order—with our answers to the eschatological and sociopolitical questions coming after and carrying far less weight than our answer to the human question.

The alternative priority I am forwarding follows from the simple truth that Christ cares more about people than about theology and politics (John 3:16, 4:20-23). As a result, any theological or political position that emerges from or fosters ignorance and apathy about the lives, sufferings and deaths of other human beings is simply not Christian.

The Only Truly Christian Response

While theological and political positions are many, the only Christian response to the humanity of our neighbors is love. What theologian Barbara Brown Taylor has said in another context applies just as much here: “I don’t have a position … Rather, what I have, instead, is a life.” Whatever our positions, we must live our love.

To be more specific, the only Christian response to the human question of the Israeli-Palestinian conflict is to love our Palestinian neighbors as ourselves (Luke 10:27). Yes, I foreground Palestinians (rather than Israelis) because most Christians in the United States already profess love for the Israeli people. Sadly, most do not possess the same for Palestinians.

You cannot love those you demonize.

You cannot love those you refuse to know.

You cannot love those whose stories you will not even listen to.

Most Christians in the United States have known only slander and stereotypes of Palestinians—coming from Hollywood, Fox News, CNN, textbooks, even, sadly, pulpits. However, if, after learning about such unambiguous ongoing atrocities as the killing of Palestinian children, we still decline to even listen to the cries of the Palestinian people, that is an apocalypse, a revealing. Our faith has been revealed for what it is.

How to Love Our Palestinian Neighbor

Thankfully, we can repent, change. If we do begin to listen, that too reveals something about our faith. When we listen to Palestinian stories, we are able to love more of God’s children. Practically speaking, I can think of few better ways to do this work of listening than through thoughtful reading of Palestinian writers. I will recommend two. The internet offers resources for finding many more.

I would first encourage you to read Naomi Shihab Nye, a Palestinian-American writer, whose work has been dear to me for many years. Her young adult novel Habibi, based on her own experience moving from the United States to Palestine as a child, offers a gentle introduction. A selection of her poems, Tender Spot, is another good place to start. Of particular importance are “For the 500th Dead Palestinian Ibtisam Bozieh,” “Letters My Prez Is Not Sending,” “Gate A-4,” and “Kindness.”

Second, I would point to Atef Abu Saif, a writer from Gaza, whose work I am just beginning to read. His essay “Palestinians do not want to negate Israel. We just want a future” is the perfect place to start. After that, you might, as I am just doing now myself, read The Drone Eats With Me: A Gaza Diary, his firsthand account of living through the 2014 Israeli invasion.

Of course, God’s love does not require us to agree with our neighbors. But God’s love does require us to listen to our neighbors openly, honestly, humbly—to seek to understand their lives. In recommending these readings, I am endorsing the act of encountering other people’s thoughts and experiences. It is after we have done this that we can work our way back to theological and political matters, which we will then be far better prepared to engage.

I am floored by the ability of the Jewish American Israeli writer Sarah Tuttle-Singer to practice this kind of work, particularly given that she had to mentally prepare herself to protect her children with her body should a Hamas rocket land nearby, the kind of frightening experience that would have closed others’ ears. Read her essay “I am a mother in Israel. I am not a mother in Gaza” to learn how to listen to our Palestinian neighbors.

An apocalypse is upon us. For those dying by Israeli bullets, it is literally the end of times. For Christians in the United States, responding to the events unfolding in Palestine, the apocalypse is of a different kind, a revealing of the character of our faith. Do we immediately jump to positions—whether about the Temple Mount, the right of self-defense, the right of return, the 1948 borders, the culpability of Hamas, the two-state solution, or the Boycott, Divestment and Sanctions (BDS) movement—that may overlook or deny the humanity of some of God’s children? Or do we first listen and, like Jesus, weep (John 11:35)?

Paul T. Corrigan teaches writing and literature at Southeastern University in Lakeland, Florida. He holds a PhD in literature. He has published a bunch of essays and a few poems. He lives in the Peace River Watershed, where he walks to work. More information at paultcorrigan.com.

Dallas Mayor Tells Officials, ‘Spare Us Your Thoughts and Prayers and Do Your Job’ After School Shooting