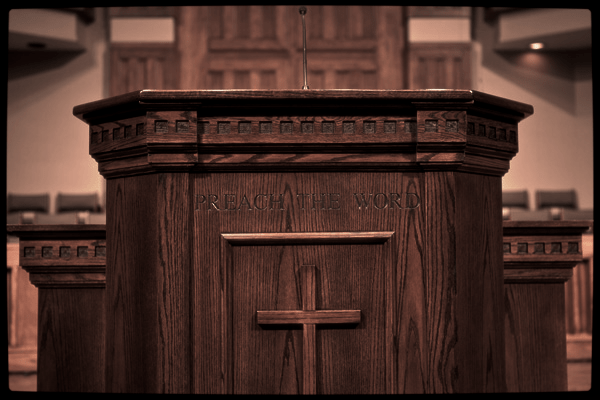 Pew Research released the results of a study earlier this week about what Americans who leave their houses of worship are looking for. The results are pretty interesting.

According to the data, almost half of Americans will look for a new church or congregation at some point in their (adult) lives, mostly because they moved to a new location. Some people do leave their congregations because of theological disagreements, but somewhat surprisingly that’s not a significant percentage. What’s interesting, though, is what people searching for a new church are actually looking to find.

When it comes to choosing a new church, congregation or otherwise house of worship, a huge majority of people are attracted (or not) based on a church’s preaching. A full 83 percent say the “quality of sermons” is an important factor.

This is especially true for Protestants. Pew claims they are “far more likely” than Roman Catholics to name sermons and preaching as a significant factor in choosing a new church.
A close second in importance for church-seekers is “feeling welcomed by clergy and lay leaders” (79 percent).

Other important factors from the people studies include:
–Style of services (74 percent);
–Location of the church (70 percent); and
–Kids’ programs (56 percent).