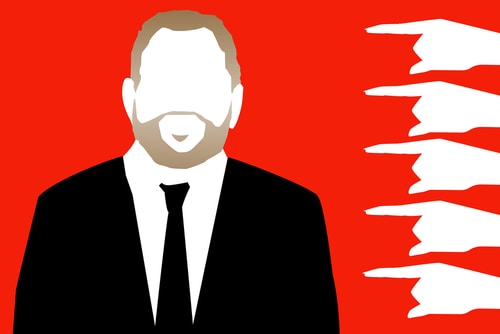 Just when you thought this story couldn’t get more heartbreaking and outrageous, it did. Harvey Weinstein continues to deny the many allegations of sexual harassment, but investigative reports are suggesting that the former media mogul has been trying to cover up his sexual predation for some time.

In the fall of 2016, Harvey Weinstein set out to suppress allegations that he had sexually harassed or assaulted numerous women. He began to hire private security agencies to collect information on the women and the journalists trying to expose the allegations … The explicit goal of the investigations, laid out in one contract … was to stop the publication of the abuse allegations against Weinstein that eventually emerged in the New York Times and The New Yorker.

Over the course of a year, Weinstein had the agencies “target,” or collect information on, dozens of individuals, and compile psychological profiles that sometimes focused on their personal or sexual histories. Weinstein monitored the progress of the investigations personally. He also enlisted former employees from his film enterprises to join in the effort, collecting names and placing calls that, according to some sources who received them, felt intimidating.

This information speaks to the courage of those women who spoke up despite efforts of a powerful and influential man’s efforts to silence them.

Read more about this story here.