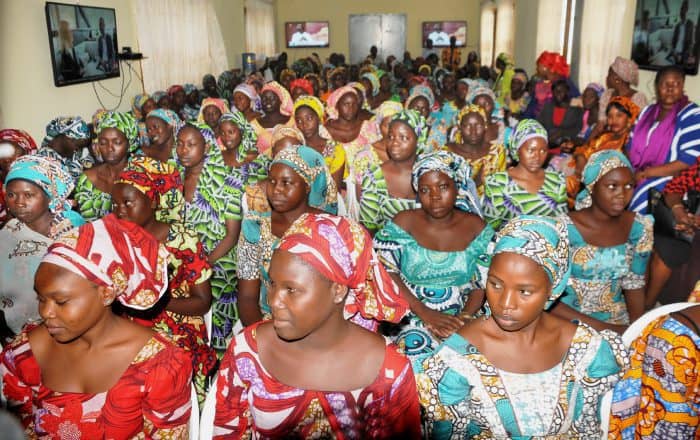 According to BBC News, Ahamd Salkida, a Nigerian journalist with supposed links to the Islamist group has claimed that only 15 out of the 112 missing Chibok girls are still alive.

It’s been exactly four years since Boko Haram abducted 276 girls from their school in the north-east Nigerian town of Chibok. Many of the pupils were Christians, and parents said that they felt safe sending their daughters to this school.

Boko Haram, the Sunni terrorist organization whose name actually translates to “Western civilization is forbidden,” has a main goal to establish an Islamic caliphate within the country, allowing for the implementation of sharia law. Boko Haram sees public schools as places where students are brainwashed by a “Western” curriculum and earmarks them as significant targets in its war to drive secular, federal institutions from Nigeria’s Islamic heartland.

The initial kidnapping of the 276 schoolgirls back in 2014 sparked one of the largest global campaigns to date, with users actively tweeting the hashtag #BringBackOurGirls.

Few of the girls managed to escape shortly after their kidnapping by jumping off of the trucks and running into the bushes, and close to 100 were freed in exchange for Boko Haram militants in negotiations brokered by the International Committee of the Red Cross. Others weren’t so lucky.

In a series of tweets, Salkida said sources within the group told him the others died during military operations by government forces. The government, however, said it was not aware of the content of these claims.

Marking the fourth anniversary of their abduction, parents of the schoolgirls marched with thousands of others to the school in the state the girls were abducted back in 2014. Parents whose children were released wore white during the ceremony, and those whose daughters were still missing wore black.

“Our only prayer is for our girls to be released and returned to us,” Hannatu Daudu, a parent of one of the missing said at the gathering. “We need to know if they are alive or dead. If they are alive, let them come back to us. If they are dead, let us know so we can at least pray for them and overcome this grief.”