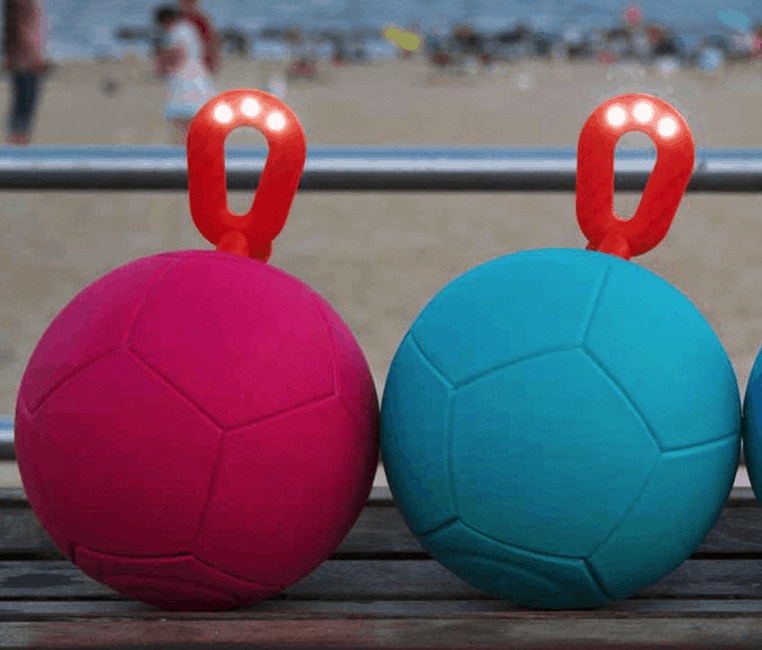 A social entrepreneur named Jessica O. Matthews has created a way for international communities that have insufficient infrastructure to be able to create and store electricity: By playing soccer. Her company, Uncharted Play has created a line of soccer balls (as well as jump ropes) that use hi-tech mechanisms to create and store energy in an internal lithium-ion battery. After the soccer ball has been played with, users can plug electronics directly into it, and get mobile power even when the lights go out. In this piece from Global Daily for Mashable, she explained how the idea came to her while traveling: “[In Nigeria], you’ll often lose power several times a day, regardless of socioeconomic status. It’s a structural issue.” At the same time, she noticed that children were constantly playing soccer.

Her company has sold more than 50,000 SOCCKET balls and PULSE products, mostly to communities throughout Africa and Latin America, and also uses the one-for-one model (meaning one play system is donated for everyone purchased … She said, “By designing a product that people already want to use because it’s a play product, it makes it easier for people to engage with sustainable energy.”

Airbnb Wants to Help You Take Halloween to the Next Level

Why Aren’t There Miracles Anymore?