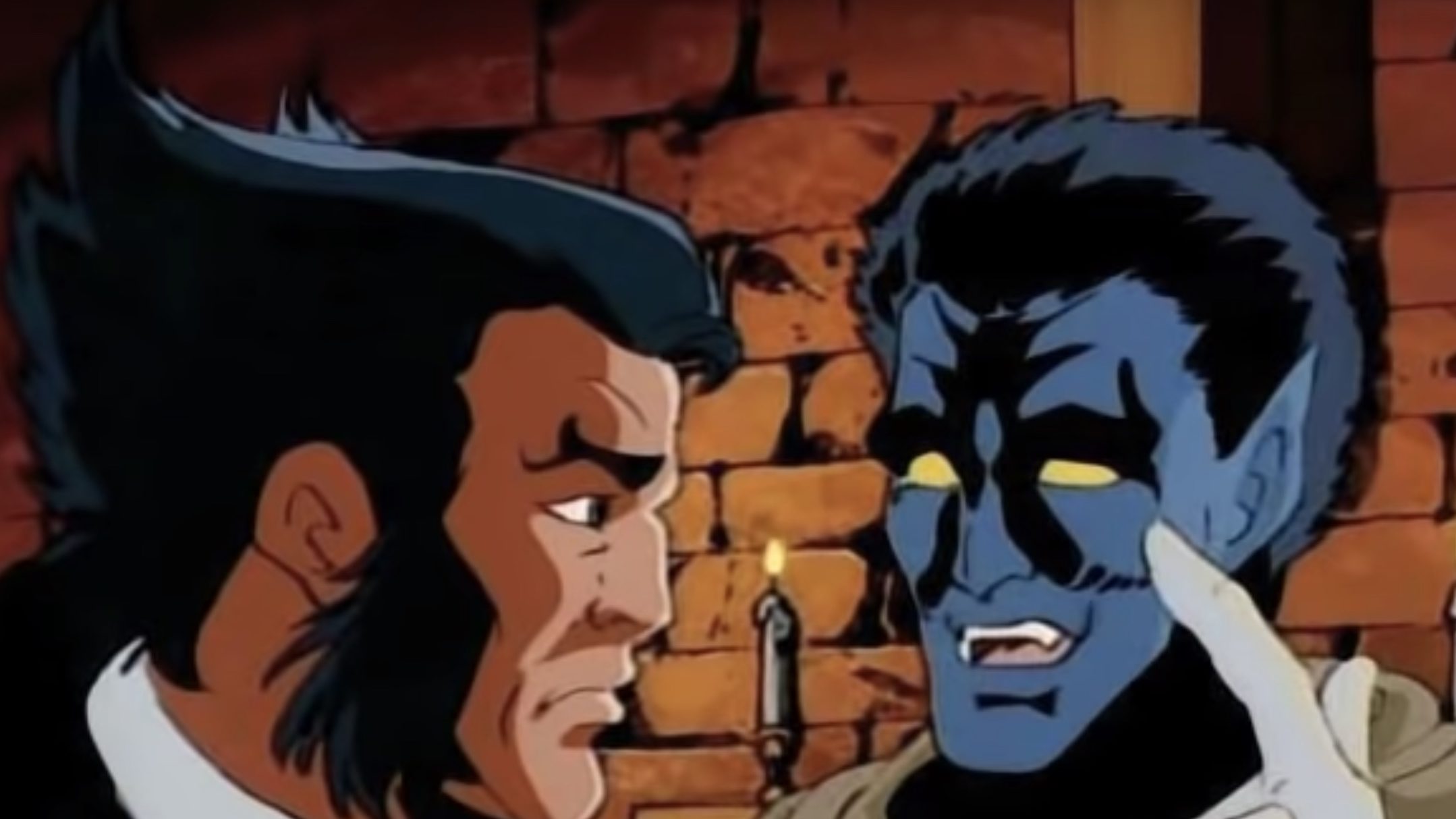 We’ve discussed this fascinating little time capsule of animated superhero storytelling before, but recent events demand a re-exploration of one of the most surprisingly spiritual moments in cartoon history. The 90s X-Men TV show, now available in its entirety on Disney+’s new animated streaming service, features an episode in which Wolverine becomes a Christian after a series of lengthy, in-depth spiritual debates with his fellow X-Man Nightcrawler.

The first episode of season four, titled “Nightcrawler,” follows Wolverine, Rogue and Gambit on a ski trip in Germany that gets waylaid when the three take up shelter in a German monastery where they meet the pious Kurt Wagner, a mutant whose conventionally demonic appearance has driven him from society, while his saintly demeanor chuffs Wolverine’s trademark grouchiness.

Throughout the episode, it is truly astonishing how in-depth this cartoon is willing to go into thorny theology, with Wolverine refusing to believe in a God who could let bad things happen to good people, while Nightcrawler strikes a distinctly Augustinian posture of trusting God’s higher ways.

“God gave up on us a long time ago,” Wolverine snarls.

“God does not give up on His children,” Nightcrawler says. “He is there for us in times of joy and when we are in pain, if we let Him.”

This is the sort of wholesome Christian content people in the 90s were always saying was missing from pop culture entertainment. Maybe they were just looking in the wrong places.

“Don’t tell me about God,” Wolverine growls. “What kind of God would let man do this to me?”

“Our ability to understand God’s purpose is limited,” Nightcrawler says. “But we take comfort in the fact that His love is limitless.”

Later, when Rogue expresses dismay that the monastery was damaged by some angry villagers, Nightcrawler brushes it off. “It was only stone and mortar,” he reasons. “The foundation God has built in our hearts can never be destroyed.”

The episode concludes with Nightcrawler gifting Wolverine a Bible that he’s marked up, and while our grouchy hero accepts it only reluctantly, Rogue later spies him praying Isaiah 12:1 in a Parisian church.

Gambit, who was always terrible, apostatizes.