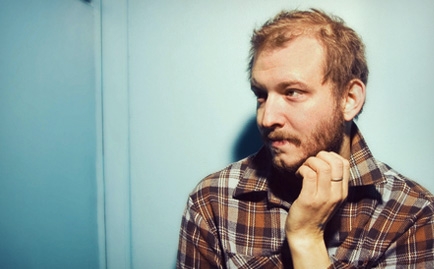 Music previews are alternately the best way to look incredibly smart and the easiest way to look kind of dumb. It’s really fun to predict the ways the music industry will change and shift in the next year—especially when it turns out you’re right. It means your musical knowledge is clearly the best in the world and everyone else isn’t as cool as you. And sometimes those predictions are even easy—if you said High Violet would probably be great at the end of 2009, it’s not like that was a hard leap. It’s kind of like saying, “Radiohead’s new album will likely be good.”
But sometimes predictions fail. Then you scrape the egg off your face, muster up your courage and admit that M.I.A.’s album wasn’t as good as you wanted it to be. And there are always those albums that come out of nowhere—who knew Mumford & Sons would take the world by storm in 2010?

That’s part of what makes these previews so fun. You might be wrong, but if you’re right, it’s all the better. We’re not trying to read tea leaves, predict fortunes or be the Miss Cleo of music. We’re excited about the music of 2011, and we think you should be, too. So here are some of the trends, movements and bands that are certain (and by “certain” we mean “pretty likely”) to make the next musical year one to remember.

Here’s the supposed line-up for 2011: there’s Dr. Dre endlessly delayed Detox, some sort of Drake album, probably 20 Lil Wayne discs or mixtapes or combination of the two, a new Kanye West solo album and a Kanye/Jay-Z duet album. Hopefully, Andre 3000 will get music out, but it took so long for Big Boi to work out his label stuff, so who knows? That’s a lot of random music … but where is hip-hop at as a genre these days?

Obviously, there are still huge hip-hop albums and artists—Eminem, even though Relapse was terrible, sold tons of copies and reestablished himself as a star, and Kanye’s last album was number one on almost every year-end list—but more than ever, it’s strange little artists who come out from nowhere, drop a few massive singles, tour a bunch and then go who knows where. Waka Flocka Flame? Wiz Khalifa? Curren$y? Gucci Mane? Yelawolf?

Even though the big stars still make some good stuff (even the T.I. album that slipped under the radar before he went to jail was pretty good, if you remember to skip over the track with Chris Brown), the young guys are making great music. It’s as if the new trend is that there is no trend—new hip-hop “legends” seem to come and go almost daily. Though that might be because some of them tend to go to jail as quickly as they’re released.

It means there’s not really a new “movement,” but it also means we’ll get some pretty good singles from all over the place.

The Return of Yacht Rock

Yes, the RELEVANT podcast crew has been advocating for the return of yacht rock since 2007, but this year it will finally hit mainstream palettes. There have been hints, including 2010’s Gayngs record (featuring Justin Vernon of Bon Iver—not coincidentally, Bon Iver’s second album features songs that could have scored any 1987 prom), but this year, popular music will just give in to being almost entirely influenced by Peter Cetera songs. References to Hall and Oates have wormed their way into interviews for a while, and Hot Chip threw Michael McDonald-era Doobie Brothers songs into their DJ sets. It took some time, but we knew the Time Life infomercial for soft rock classics featuring Air Supply was bound to influence some insomniacs.

The chillwave surge of 2010, with bands like Washed Out and Ducktails dominating blog talk for months, could have been the signal for bands to go ahead and embrace their Sea Breeze-drinking, cardigan-wearing sides. Even the new Iron & Wine album has remarkably Bread-like moments. After years of deeply angry, sexual or disgruntled music dominating the airwaves, maybe it’s time for some soothing sounds—and for the kids who wear polo shirts to once again rule the school.

The Year CCM Disappears? (Except Worship)

There’s always going to be some sort of Christian music around, although the question is more in what form. It’s been a good run for the Nashville-based mainstream, but it’s looking like the streak is on a permanent downward slide.

Take as evidence, if you will, the relative sales disappointment of MercyMe’s The Generous Mr. Lovewell. MercyMe is about as big as any Christian band, performing sold-out shows, responsible for one of the biggest songs in the genre’s history, and they’d put out an album that featured another giant single, but then … the album died off sales-wise. It’s nothing the band did—it’s possible the market is just disappearing around them.

Where’s the youth market for Christian music? There’s still Tooth & Nail, obviously, but how much of their music is specifically marketed to Christians anymore? Does anyone buy music just because it carries the T&N brand as being Christian-approved? Half the popular acts on a Christian station like Air1 aren’t even exclusively “ours” anymore, if they ever were. Anberlin, the Fray, Lifehouse, NeedToBreathe and Switchfoot have equal footing in the mainstream.

The number of people who exclusively listen to Christian music gets smaller every day, which takes some of the security out of solely being a musician in the industry. You might not be able to make money just off Christians anymore, which sort of spells doom for the business model as it currently exists.

There is, however, an exception: worship music. Worship music keeps getting bigger and bigger, and probably in 2011, it’ll eclipse its sanctified pop music counterpart. Artists like Jesus Culture, Hillsong United and David Crowder are holding conferences to discuss music, performance, theory and theology; encouraging each other to do better and to think bigger. And that competitive/cooperative spirit seems to be working as the stereotype of a goateed guy strumming a guitar alone fades farther into the background.

A much longer version of this article originally appeared in the March/April 2011 issue of RELEVANT. To read it (in paper form) and more articles like this, subscribe by clicking here.