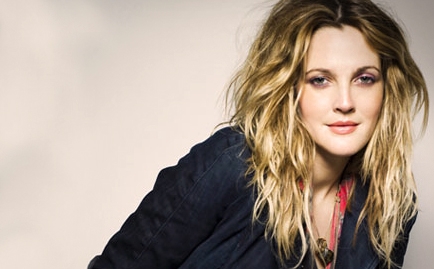 Drew Barrymore is one of the few actors who has literally spent almost her entire life on the screen, having made her acting debut at age 7 in the classic film E.T. But what’s even more amazing is that she overcame severe drug problems when she was barely a teenager, and still managed to right herself and her career en route to becoming one of the most reliable box office draws on the planet.

While she is perhaps best-loved in the guise of playing cute, funny girls in romantic comedies, Barrymore has undertaken some big efforts to stretch herself in recent years. She made her directing debut with the unfairly overlooked and vastly underrated film Whip It, a girl-power movie with a bevy of solid moral messages to boot. And she won a Golden Globe earlier this year for her intense dramatic performance in the HBO movie Grey Gardens.

Barrymore’s latest film places her squarely back in her wheelhouse of romantic comedy, as she plays a woman in San Francisco who falls in love with a guy (played by Barrymore’s real-life on-again, off-again love Justin Long) she meets while interning at a New York City newspaper for six weeks. As the young lovers try to make their long-distance relationship work, a very realistic yet surprisingly risque comedy unfolds.

Barrymore sat down recently to discuss Distance and the rest of her career path thus far.

How did you decide to take on this part, which is more raw than your usual characters?

Barrymore: I just wanted to play a role that was the most like me, where I’m at in my life right now. This is how I talk to my girlfriends, trying to figure out how to make love and the job work. This is very close to my life and I found it very real. I also laugh a lot with my friends, and things are funny to us and we are constantly giggling. The escapism and joy combined with how real the movie gets, it was a no-brainer to do this.

Relationships are difficult enough to deal with, but a long-distance relationship—wow.

Barrymore: I’ve done it my whole life due to the job. I saw this and said, "This is so refreshing." But I think it starts with kids going away to college. For a lot of people—I’d love to know the statistics of how many go through a long-distance relationship, but I feel that it’s maybe half the planet going through these same issues. You have goals and aspirations you set up for yourself, and you meet someone and don’t want to just be Career Girl, on a mountain by yourself, and you don’t want to ditch everything for love and find yourself resenting the crap out of the other person because you’ve given up everything for them. These are important, interesting things every person goes through. At the end of the day, if you love the person you want to figure out how to make it work while keeping the joy and laughter going.

[Director Nanette Burstein] being a documentarian, there was just this ability to be more real about it, and you’re working with these brilliant comedians, and we’re all improv-ing—there’s an outside-the-lines feel to this movie.

Your Grey Gardens performance was just fantastic. What’s harder for you, comedy or drama?

Barrymore: I think they’re both challenging, and I think for me, I just want to keep doing several different tones. For me, range is so sexy. I don’t want to do just one thing. We all have different kinds of moods at different points in our life. We want to see different kinds of movies. I do have a through line of wanting to keep people with a sense of joy. Leaving joy out is the only kind of genre I have no interest in.

Do you want to do more directing?

Barrymore: Yes. I cannot wait. I swear I’m a really nice person to work with, but I love that level of detail and involvement in caring about every detail. I really pour myself into things, and so to be involved on that level day in and day out for three years was incredible and the best relationship I ever had. I look forward to the day when I meet another piece of material that makes me want to make that kind of commitment again.

What do you feel is the key to a long-distance relationship working?

Barrymore: Start with letters, I love letters. This may be personal, but they’re so romantic and traditional.

What drew you to this particular script?

Barrymore: I read the script and found it to be incredibly funny. I kept asking "Are they really going there?" I kept thinking day after day about the two main characters and their relationship. I really cared and was wondering how will they make this work. I had a real, emotional investment in complexities of how do you make this work for two people who meet in one city but are separated halfway through the movie. That was fascinating to me that I laughed so much and yet cared.