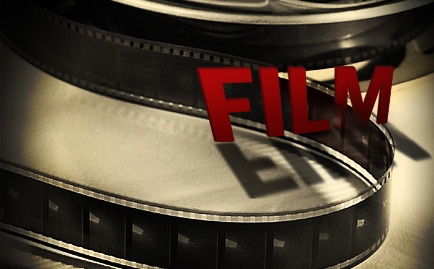 Facing our fears can be terrifying.
Life beckons us to engage our deepest anxieties and offers a number of
scenarios to do so, and yet every time, facing our fears can leave us
feeling inadequate and out of control. Enter the horror genre. Strip
away its guts, glory and intense sequel making abilities, and this genre is
about fear. Namely, our fears. Culture’s fears. Fear of death. Fear of
the dark. Fear of terrorism. Fear of war. Fear of being alone in a
house with a serrated kitchen knife and a guy stumbling up the stairs
behind you.

This
genre has fascinated me ever since I can remember, yet my interest was
always combined with hesitation. Why? Evangelical conviction?
Post-modern skepticism? The fear of being sucked into the TV like the
little girl from Poltergeist?
No. I’ve always been fascinated and entertained by the excitement of
horror genre, yet I’ve been reminded on more than one occasion that
"good Christians don’t watch horror movies.” Mainstream Christianity
has embraced a "shoot first, ask questions later" mentality in regards
to genres or works of art that are unfamiliar or elusive. We’re too
quick to attach the demise of our culture on the back of such a genre
instead of viewing it as a lost society’s desperate attempt to search
for the spiritual. So I decided to find out for myself what, if any,
redeeming qualities lie in what many consider the most controversial
and frustratingly dismissed genre in the world of entertainment. Is
there anything good in a genre that emphasizes the bad? Can the genre
be redeemed?

Horror
in its most organic form is like any other medium used by an artist. It
is, like any other genre, neutral. A technique, a gag-bag of tricks,
props, gimmicks even, used to arouse in us certain innate reactions,
something very carnal and natural. It derives from ancient gothic
literature, most of which we are sadly unfamiliar with, but nonetheless
have shaped the way artists before us have perceived the genre and its
ability to extract from our very being a frightening effect.

What
is the purpose of true horror? To present evil in its truest sense and
to provoke a sense of fear from its viewer and, in return, forcing the
viewer to face his or her own fears. We see this in our culture’s heightened
fascination with a certain blood-sucking race. Tweeners flock to Twilight like moths to a flame, yet the series pales in comparison to the infamous cultural tide that was Harry Potter.
Yet, in this fascination we see a desire to live forever, albeit
forever young. Vampirism, in the modern sense has been romanticized
into a 13-year-old girl’s fantasy world, yet still there is an
intentional, yet subtle invitation to question one’s passions, face
your temptations and long for immortality. As we see in Bram Stroker’s Dracula,
the name Dracul literally means “Devil” in the character’s original
Wallachian language. Stoker brilliantly portrays a character so
convincingly evil and subtly powerful, yet also presents itself as an
invitation to choose between good and evil. True evil has been
displayed.

Shelley gave us Frankenstein,
Stevenson gave us Mr. Hyde and Craven gives us Krueger. These
characters give us a stark contrast between good and evil, darkness and
light. Good horror, true horror, is not fear just for fear’s sake; it’s
a
drawing to engage in the unknown, to believe in the unseen and to
trust in the unbelievable. True horror clearly shows the difference
between absolute good and evil. True horror dismantles evil and yet
brings us to the brink of our control by forcing us to face the chaos
of the world around us.

It is in this genre alone that such events as exorcisms, murders,
dreams and life after death are able to be discussed. This is what I
believe brings fear in many believers. We know demons exist. We know
people can be possessed. So how do we deal with it? Ignore it? Shun it? We
must look with spiritual eyes and the truth of Scripture as we engage
culture. The danger for the believer is not to enter the cultural arena
with bias, the danger is to not enter at all. As C.S. Lewis wrote in The Screwtape Letters,
"there is danger in thinking too little or too much of the Devil and
spiritual forces. To think too much, to be afraid of them, to obsess
over the realm is to lose sight of the glory and power of God. To
think too little, to dismiss conversation or art that deals with this
realm is to give in to fear." This genre, in itself is masterfully
constructed to display the spiritual. Scott Derickson, a fellow
believer and director of The Exorcism of Emily Rose,
says of horror: “It’s a genre of non-denial. It’s about admitting
that there is evil in the world, and recognizing there is evil within
us; and that we’re not in control, and that things we are afraid of
must be confronted in order to relinquish that fear.”

There are great and important differences between examining and
exploiting whether in truth, politics, violence, wine or good
storytelling; the difference lies in the motive. The motive is revealed
through the process of experiencing and receiving what the artist is
giving. One might think that George Romero’s display of
aggressive/compulsive behavior in our country through the cannibalistic
ways in the Night of the Living Dead
series is exploitative. Yet, the zombie-esque actions were reflective
of the evils in our culture, namely: materialism, racism and government
control. The zombies were us, or could be us, if we didn’t wake up to
the truth. There is a difference, and that difference is what we must
look for in discerning genres and entertainment as a whole. The
potential of any genre is what is desired. There’s a lot of garbage out
there, much of it mindless, pointless and self-indulgent. And many
horror movies fall into that category, but that doesn’t mean the genre
as a whole doesn’t have the potential to, in a mighty way, provoke some
terrifyingly spiritual conversations.

So does the horror genre have the potential to be redeemed? Yes. True
horror in itself provides the opportunity for redemption. As David
Taylor, Pastor of Arts at Hope Chapel in Austin, Texas, reminds us: "The
horror story, in the end, is a reminder that our present reality is
disturbed and distorted. In the hands of the Christian, that reminder
can become an invitation to redemption. Leave behind your claims to
self-sufficiency! Stop trying to manage your life! Quit calling good
evil! Do not be afraid of death! The horror story is not an escape from
life, in all its wildness and terrible beauty; it is rather a way of
walking through it, and as such a reminder that there is meaning,
thanks be to God, in the middle of all the horror."

The Redemption of Horror?