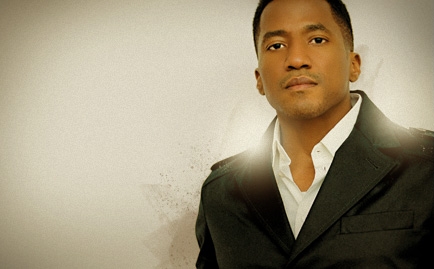 The early 1990s was a good time for hip-hop. Groups like A Tribe Called Quest were pushing the genre of the streets into very new territory, introducing a fresh, intellectually edgy brand of hip-hop to the masses. Now, after a decade-long lull of bling and krunk, hip-hop seems to be experiencing a rebirth of sorts, with a renewed emphasis on musical experimentation, intelligent lyrics and style. Is it any wonder, then, that after a decade-long hiatus, Q-Tip is back?

His highly anticipated comeback album, The Renaissance, released in late 2008 to much critical acclaim. “My last release was nine years ago,” Q-Tip says. “I recorded a couple of albums, but unfortunately one never came out. And for another one the label folded. So my attempts were thwarted. But we stayed resilient and surfaced with The Renaissance.”

Well, Q-Tip can rest easy: the album that “never came out” (and became a legend in underground hip-hop circles), Kamaal the Abstract, is due out today. With Kamaal and the release of Renaissance, Q-Tip is back on the map like he hasn’t been in years.

Q-Tip, whose given name is Kamaal Ibn John Fareed, got his start as the frontman for A Tribe Called Quest in 1988. Hailing from Queens, N.Y., the groundbreaking group fused jazz influences into their unique brand of hip-hop, a risky move at the time, but one that affirmed their devotion to artistry before fame. And even though Tribe found commercial success and legendary status in the early ‘90s, their aspirations were not of capitalistic gains. Tribe was a group for the intelligent hip-hop fan. Q-Tip’s rhymes were not just about dancing or partying, but of alternate ideas on the urban life.

“Well, it’s easy to be hard, like that old song says,” he says. “It’s easy to operate behind a face of menace rather than a face of goodness. Because, you know, happiness and joy is viewed as weakness in this society.”

Today, Q-Tip is working to revitalize the hip-hop world, one that has been barraged by years of distasteful, unartistic frivolity. Just as A Tribe Called Quest purposefully refrained from unimportant themes in their beginning, Q-Tip keeps a positive outlook on the future of hip-hop.

“Menace and hardness and meanness are sometimes viewed as strengths, usually synonymous with power,” he says. “Especially our ideas of power in this country. So when you grow up in the hood and you rap and you have some sort of success and you make money, you turn to menace and meanness to equate yourself with. But I think that’s weakness.”

Q-Tip’s strength is seen in his endurance. He fronted Tribe for 10 years, and hasn’t stopped working on his solo career since the group broke up. He was a leader of a musical revolution and now stands as tall as ever in hopes of hip-hop’s rebirth. “The time has moved along, because of that the landscape will change,” he says.

In the 20 years since he hit the scene, the hip-hop landscape has definitely changed. “It’s interesting, but you don’t really see groups anymore,” he says. “Back in the day you had Jazzy Jeff and the Fresh Prince, Run DMC, NWA, A Tribe Called Quest. It was more group-oriented. Today, it’s just solo.”

If staying power is any sort of indicator of an art’s value, then Q-Tip is right. Even today, A Tribe Called Quest sounds fresh. And Q-Tip’s new material sounds just as inspired as anything Tribe released. His secret? “I feel like you have to be connected to a community. Even if you’re a solo artist, you have to be surrounded by some sort of people that [share] your principles.”

You probably know Q-Tip’s community—artists like Madlib, Talib Kwali, The Roots and Kanye West are just a few of the artists who keep each other on track creatively. “We interact and interface with each other,” he says. “I think for what I do, my brand of hip-hop needs an alive, vibrant community. The playing field should be leveled, so all people can hear all types of music. That’s my hope for music.”

Q-Tip is pushing forward into a world ravaged by negativity. “Over the past few years, whether it be Oprah having a two-show discussion about hip-hop and the hip-hop generation or whatever, we see a bunch of rappers getting arrested and being careless,” he says. “The kind of statements being made are frivolous and over trite issues. You hear rappers saying, ‘Yo man, I sold x-amount in my first week of “dis-a-dissa,”’ y’know? Stuff like that lowers the integrity of hip-hop.”

If a rapper wants to go on about diamonds or hardness, they’re putting the cart before the horse. Q-Tip explains: “[It comes back to] the type of music being made. It should be more about the craftsmanship of the music. It should be more about what the music ‘is,’ and then what it does. ‘What it is’ is going to dictate ‘what it does.’ So you should try to make ‘what it is’ special. Then, ‘what it does’ will be even more special.”

A Tribe Called Quest was special for “what it is,” meaning its music was crafted with a desire for communal interaction and thoughtful discourse. And time proved that “what it does” ended up being something special as well.

Tribe inspired many other artists to make music that was different, music that didn’t just fit into the status quo, but challenged the norm and cultivated hope for the future. When art inspires new hope, then it does something special.

Q-Tip makes music that is hopeful. Now we have the privilege of being able to watch that music and see “what it does.”

You are What You Eat