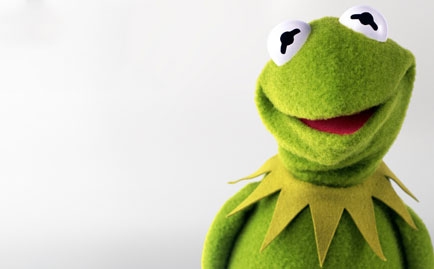 If you grew up in the 1970s or ‘80s, you’ll remember the Muppets as a huge part of your childhood entertainment. Not only were they part of Sesame Street on public TV, but they also had their own hit variety show on TV for five years and launched a string of hit movies, three of which—The Muppet Movie, The Great Muppet Caper and The Muppets Take Manhattan—are considered classics to this day.

The Muppets were hatched from the fertile imagination of a puppeteer named Jim Henson in the 1950s, and as they grew in popularity and pop cultural significance, they became known for their mix of kid-friendly visual appeal and intelligent humor. But in the last few years of Henson’s life (he died in 1990 of a bacterial infection), the inspiration seemed to run out, and things only got worse after his death, as three more movies—The Muppet Christmas Carol, Muppet Treasure Island and the particularly weak Muppets in Space—all failed to catch on with fans.

The Muppet empire was finally sold off to the Disney studios about a decade ago, yet even Disney executives couldn’t figure out how to revive the beloved characters. That is, until actor Jason Segel, of the CBS sitcom How I Met Your Mother, co-wrote and starred in the hit movie Forgetting Sarah Marshall and featured a subplot in which his character—a forlorn TV-music composer—learned to follow his real dream of turning the story of Dracula into a puppet-cast musical. Segel enlisted what remained of the Muppet-making team to craft the puppets for his Dracula show, and when the movie scored at the box office, Disney called him in to ask what film he wanted to do next. He had only one answer: revive the Muppets for a big-scale movie.

RELEVANT attended a recent press event to hear more about The Muppets from Segel and his co-stars—Amy Adams, Kermit the Frog, Miss Piggy and Walter (a new Muppet and Segel’s onscreen brother):

Amy, is this a return to singing and dancing and music since Enchanted? How did this come about?

AMY ADAMS: It is a return to singing and dancing. It was a lot of fun, and I got involved because Jason and Kermit sent me a DVD.
JASON SEGEL: Pandering.
KERMIT: Yeah.
ADAMS: … Singing to me and asking me to be in the film, and I started crying and I think I knew I’d blown the deal. Like, I was definitely doing the movie.
KERMIT: Of course, the tears were different by the end of the film, for a different reason.

Jason, can you talk about growing up with the Muppets and working with them now?

SEGEL: I grew up with the Muppets. Like, when you’re a kid, Muppets are sort of the entryway into comedy. They lead into, like, harder comedy—Monty Python and Saturday Night Live. Yeah, the Muppets sort of defined who I wanted to be as a comedian when I was a kid.
KERMIT: Wow.
SEGEL: Yeah. Well, I’ve told Kermit. Like, he really was my idol. Kermit is like the original Tom Hanks when you’re a kid, or Jimmy Stewart or something.
WALTER: Just shorter and greener.
SEGEL: Yeah, exactly. So I sort of modeled my career after Kermit and the rest of the Muppets.
KERMIT: That’s very sweet.
SEGEL: That’s the truth.
KERMIT: I have heard you say that, but it’s a very nice thing for you to say.
SEGEL: Yeah.
KERMIT: It’s a little scary, but it’s very nice.

Walter, how does it feel to be so embraced and welcomed by the Muppets?

WALTER: Well, how else could it feel? It’s unbelievable. You know, I keep pinching myself. I have bruises to prove it. This sort of thing doesn’t happen every day, and certainly not to me. It’s just been overwhelming and a real dream come true. We’re a pretty easy bunch to come into, you know. We’re pretty accepting.
SEGEL: Yeah, really, really.
MISS PIGGY: Pretty accepting.
SEGEL: Relatively, most of the time. Mostly accepting.
MISS PIGGY: Not much at all.

Kermit, after all this time, has it gotten any easier being green?

KERMIT: You know, when I first sung that song about being green years ago, it was about being comfortable in your own skin. And I think it might have helped a little bit, and I think we all are more comfortable there. That was sort of the battle cry of the Environmental Movement, which is fine because I’m quite low on the food chain and very close to the environment we’re trying to take care of. So that is getting a little easier, too.
WALTER: Being green?
KERMIT: Yeah.
WALTER: You were green before it was hip.
KERMIT: I was.
WALTER: You were hop before it was hip-hop.
KERMIT: That’s right. I’m much better on the hop than the hip, by the way.

Of the older Muppets films do you have a particular favorite or one that maybe inspired you more than others for this film?

SEGEL: Sure. Well, the first three are the ones that I grew up on, and I think there is something about them that’s lodged in my brain and sense of humor somewhere.
WALTER: You should have that looked at.
SEGEL: Yeah, I know. The Muppet Movie, The Great Muppet Caper and The Muppets Take Manhattan, and they each influenced it a little bit. I kind of borrowed one of my favorite jokes from the The Great Muppet Caper in terms of, you know, Walter and I are brothers, and we don’t really feel the need to explain it. Just like in that movie they never explained that Kermit and Fozzie Bear were identical twins. Growing up, I thought that was one of the funniest jokes I’d ever heard. And then, yeah, the idea in Manhattan—nowadays, you know that they’re putting on a show in The Muppets Take Manhattan. That was part of the putting-on-a-show element. Then meeting the gang along the way came very much from the original Muppet Movie. So it really is sort of a mix in paying homage to those three films.

Can you talk about getting a chance to revisit some of those great old songs like “Rainbow Connection” and “Mahna Mahna”? What was that like?

SEGEL: One of the important things about the movie, and, like, the witch’s brew that we had to try to balance, was we wanted a fair amount of nostalgia for our generation who grew up with the Muppets. But we also had to acknowledge that there is a generation of kids who are just being introduced to the Muppets. And so, if it had just been a nostalgia-fest, it really wouldn’t have meant anything to kids who didn’t experience it the first go around. So we have a really healthy mix of old songs, and then new songs written by Bret McKenzie (Flight of the Conchords) that are in my opinion just right in the spirit of the Muppets. He really found the wheelhouse. In my opinion, Flight of the Concords is very Muppety on its own. It’s about two kind of wide-eyed innocents making their way through tough New York who are never mean to anyone. And it’s very much how I feel about the Muppets. So it was a really good union of styles.

How was working on this film different than working in the past on television shows and other movies? What did you take away from this experience that was different from other movies that you’ve worked on?

KERMIT: How is it different? Well, it’s a new year. There was new food. It was wonderful. You know, one of the great things about the work we’ve done over the years is that we get to work with wonderful celebrities and this time it was Jason and Amy and Chris [Cooper] and other stars. I always cherish those experiences. That’s what moves us forward. That’s the stuff we look back on as we move forward, and Walter is with us now. And I hope our fans like what we have out there.
WALTER: Yeah, for me it was actually my first experience. I’m hoping the first of many more, and I was just really amazed by the professionalism and just how incredibly crafted this whole. …  I mean, just speaking of the film as a piece of art, it’s just so deliberate and crafted and gone over with a fine-tooth comb. And I think that speaks to the professionalism of everybody that worked on it, and Jason and Amy.
KERMIT: Save it for the Academy.
WALTER: Did I just get played off?

ADAMS: For me, I think it was my first family film that I did after having a daughter, and it was really, really cool to work with the Muppets. They were a big part of my childhood. So every day was sort of me reliving my childhood while I had a child, and that was really, really cool and really special. It’s just going to be fun to introduce her to these guys and to know that I have a relationship with them. And I’m just excited. I’m excited that she has a film that she can watch as well.
SEGEL: For me it was like, you know, there are a lot of reasons to choose what movie you’re going to do next, and nothing can ever beat doing something that you love. That was the lesson I took away from it. I was working with my childhood idols and with I think the best actress of our generation.
MISS PIGGY: Oh, thank you. [laughs] KERMIT: Yeah, we hope you guys like it. We really do  It means a lot to us.

We Suspect James Franco is Behind This