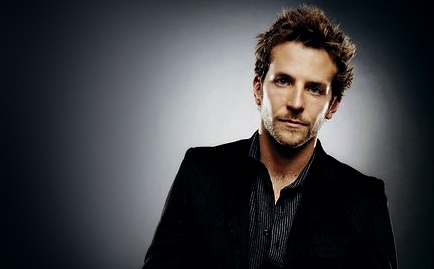 Flow from Oil Spill May Have Been Double Estimates

Bradley Cooper first stole moviegoers’ attention by playing the creepy romantic competition of Owen Wilson in 2005’s The Wedding Crashers. He really broke through, however, with last summer’s worldwide smash hit The Hangover.

Now he’s making another big career move, starting this Friday playing the movie version of the iconic A-Team character Faceman, a master of disguise who works as part of a four-man elite covert operations group called the A-Team. Cooper sat down last week to discuss the film:

The movie version of A-Team really amps up the series’ ability to mix comedy and action. What inspired that?

Cooper: It’s toeing the line of being comedic and serious, a la Lethal Weapon and Beverly Hills Cop, the kind of action movie we haven’t had in a long time. Definitely a sense of humor. Whenever you work with a great director like Joe Carnahan, their personality shows in the movie and his sense of humor is all over this. It feels right, and it feels special.

It was a surprise to hear Liam Neeson would be in the movie. He’d always been a non-action kind of guy until Taken blew up.

Cooper: Liam Neeson is Oskar Schindler and Michael Collins and was the first one cast. When he got signed, everyone started popping their head in, saying, “OK this is the kind of movie Joe Carnahan wants to make,” and it’s what got me very excited about it.

How do you feel fans of the TV show will like the movie?

Cooper: I think fans of the TV show will like that the beginning of the movie is almost an origin story for the A-Team. You already know Hannibal and Face already have a longer history than the others, but then you meet B.A. Baracus and Murdock. This one takes place at the end of the Iraq War, not dealing with the Vietnam War. We end up set up, court-martialed and imprisoned for something we didn’t do.

Mr. T was the breakout star of the TV series, so how do you feel about Ultimate Fighting Champion “Rampage” Jackson playing his character, B.A. Baracus, in the film?

Cooper: They killed it getting Rampage for B.A. Baracus. For me that’s 70 percent of the movie. I really do think 70 percent of the movie’s done, in the can, success. The rest still has to be done, but casting B.A. Baracus, if you go wrong with that, the movie does not work ’cause Mr. T is so iconic, and Rampage is the perfect person. He doesn’t have to act tough, because he is tough. Because of that, he’s got room to do so many other things versus an actor trying to embody a tough guy rather than it being in his DNA.

We’re making this movie based on the characters described in the script we read. Obviously there’s similarities because of the name and characters and their aesthetic. I’d watch Rampage as B.A., Sharlto Copley as Murdock and I see crazy similarities to the original stars that I’ll enjoy watching as a fan.

There’s a bit of emotional roller coaster-riding between Faceman and Jessica Biel’s character.

Cooper: Face loves what he does and Jessica Biel’s character is a former lover of his, who you learn got under his skin and definitely was someone he gave his heart to and she crushed it under her feet in boots. He holds a grudge against her, and she becomes a big part of the plot because she is the very mechanism by which they can free themselves, so therein lies the dynamic between the two of them

All your work with weapons seemed pretty intense. Was that difficult?

Cooper: In all that we learned, it’s unbelievable. But difficult because I have bruises all over my body. My hands especially because you realize the wrist strength needed to shoot all those guns. But it’s awesome, it’s like being a kid, being able to shoot blanks? It’s amazing. Joe wants it to look real, and actually function as a team, the four of us. It’s really amazing for a kid who’s 35, it’s like a dream to do this movie.