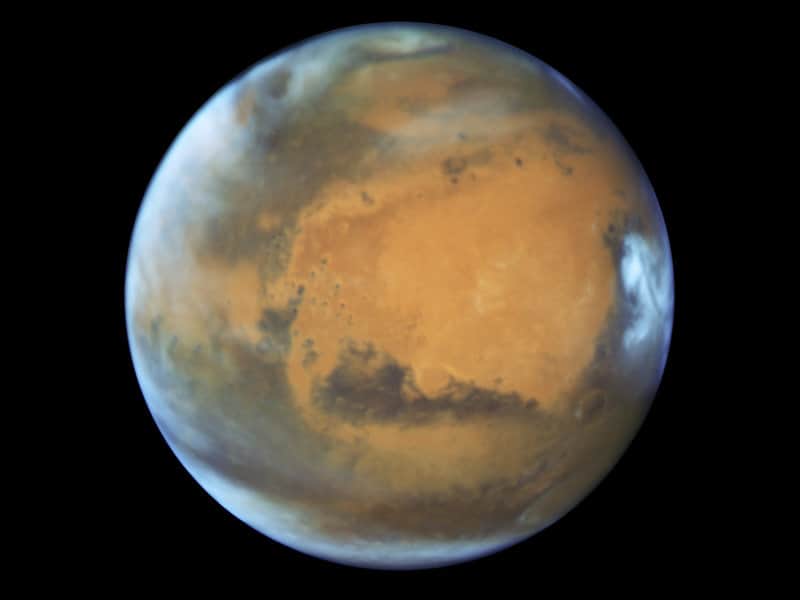 Today, President Obama published an op-ed on CNN about his plan and hope for Americans to make it to Mars by 2030—and return, but eventually being able to live there for “an extended time.”

This isn’t a new idea. Obama’s administration and Obama himself have been talking about space exploration since the very beginning of his first term. According to the op-ed, he writes that science has been a priority, saying:

In our first few months, my administration made the largest single investment in basic research in our history, and I went to the Kennedy Space Center to call for reimagining and reinvigorating our space program to explore more of our solar system and look deeper into the universe than ever.

He goes on to note the more recent discoveries that have been made including finding flowing water on Mars, signs of ice on one of Jupiter’s moons, other planets out in the distance and a high-resolution mapping of Pluto.

There is also the development of housing being built for astronauts on longer missions out in the depths of space.

Based on the op-ed, it seems to culminate in the news that STEM majors and enthusiasts are still having their passions cultivated because they are, as Obama refers to them, “the Mars generation.”

or the first time, more than 100,000 engineers are graduating from American schools every year, and we’re on track to accomplish my goal of training 100,000 excellent new STEM teachers in a decade.

Between the private and governmental efforts to reach Mars, it may soon become a reality.

God Called Us to Be Peacemakers, Not Peacekeepers