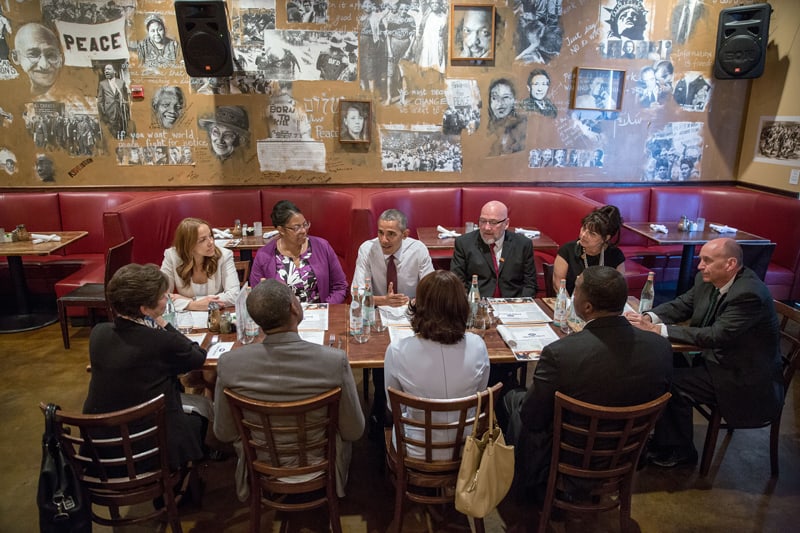 President Obama shortened the 214 federal inmates’ sentences today. And, according to the White House, it’s the largest amount of sentence commutations in a single day in more than a century

Of the 214 people who had their sentences shortened, 67 of them were serving life sentences, most of them were for non-violent drug-related crimes. In general, most of the crimes were non-violent and drug related with a few of them including firearms violations related to the drug charges.

So far, Obama has commuted more sentences than the past nine presidents combined with 562—197 of those were life sentences.

In the White House Blog post, Neil Eggleston writes that he believes Obama will continue to commute sentences throughout the end of his presidency, keeping in line with his initiative to change this “country’s approach to clemency” and over-sentencing in this country.

In each of these cases, the President examines the application on its individual merits. As a result, the relief afforded is tailored specifically to each applicant’s case. While some commutation recipients will begin to process out of federal custody immediately, others will serve more time.
…
Underlying all the President’s commutation decisions is the belief that these deserving individuals should be given the tools to succeed in their second chance.

The individual nature of the clemency process underscores both its incredible power to change a person’s life, but also its inherent shortcoming as a tool for broader sentencing reform. That is why action from Congress is so important. While we continue to work to act on as many clemency applications as possible, only legislation can bring about lasting change to the federal system.

Most of the people with shortened sentences will be released on December 1.

Your Calling Doesn’t Have to Be ‘Glamorous’