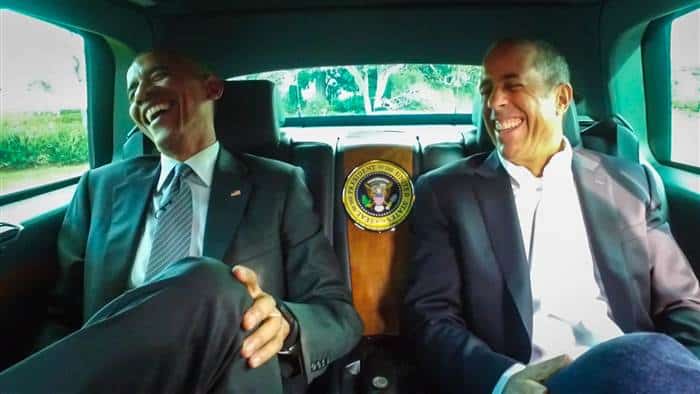 Georgia Cops Give Out $100 Bills Instead of Tickets

When Season 7 of Jerry Seinfeld’s Comedians in Cars Getting Coffee airs December 30th, the Commander-in-Chief himself, President Obama, will be the first guest. Because where else would he be? According to a Crackle press release, the episode was shot at the White House earlier this month, and it features “both the President and Seinfeld driving a 1963 Corvette Stingray Split Window Coupe, and talking about life in the White House over coffee.” In a statement released by Seinfeld, he expressed his gratitude.

Growing up in the ’60s, my kid dream was always to be an astronaut—doing a comedy show with President Obama in and around the White House felt like going into space. How did I get here?’ ‘Is this really happening?’ The president’s humor and generosity are the only reasons this was even possible. He was so easy and fun to be with. Being president and just a cool guy to hang out with at the same time made the experience my own personal moonwalk. It was an unforgettable day.