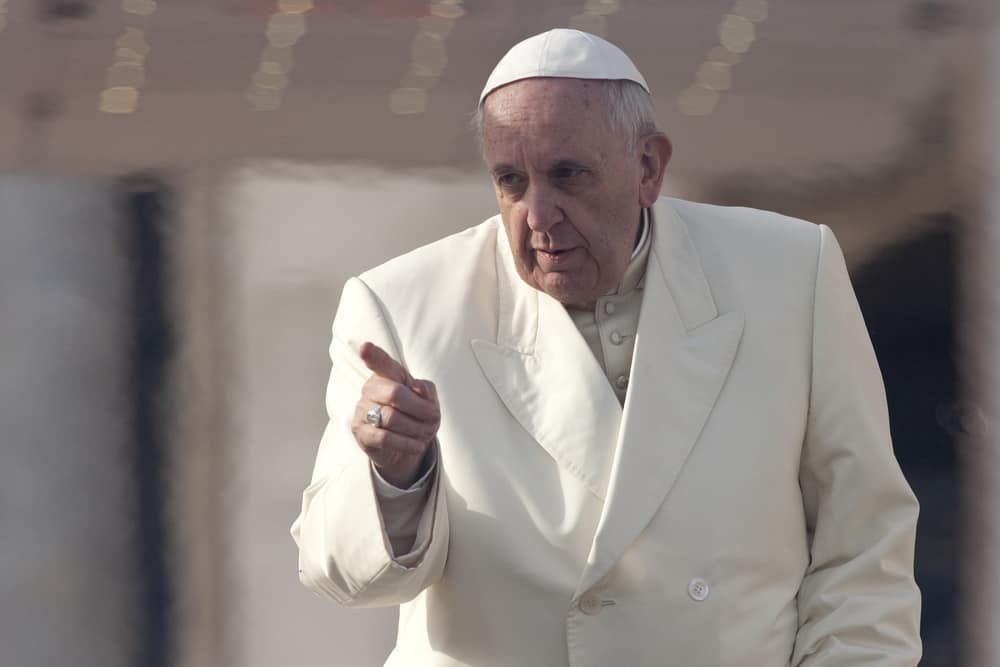 This morning, Pope Francis released a message speaking out against “fake news,” saying it is a “sign of intolerant and hypersensitive attitudes and leads only to the spread of arrogance and hate.” (h/t CNN)

The pope goes on to say that the history of human sin is rooted in a similar idea as fake news, when Satan—referred to as the “crafty serpent”—lied to Eve in the Garden of Eden. Francis defined fake news today as “spreading disinformation in the traditional media.”

The message was a part of the pope’s work on World Day of Communication, though some have interpreted the remarks as criticism of Donald Trump and other world leaders who have used the phrase to describe certain stories in the media.

“Spreading fake news can serve to influence political decisions and serve economic interests,” the pope said. “I would like to contribute to our shared commitment to stemming the spread of fake news and to rediscovering the dignity of journalism and personal responsibility of journalists to communicate the truth.”

These comments are especially timely considering the threat made against CNN earlier this month, when a caller phoned the network’s public contact number and said he was “coming to gun you all down. I am coming to kill you. Your cast is about to get gunned down in a matter of hours.”

The man made 22 calls to CNN total. He was arrested on a charge of interstate communications with intent to exhort, threaten or injure. He is currently free on a $10,000 unsecured bond.

A solution the pope proposes for combating fake news on an individual basis: Listen to diverse sources instead of engaging with homogenous news environments: “Praiseworthy efforts are being made to create educational programs aimed at helping people to interpret and assess information provided by the media, and teaching them to take an active part in unmasking falsehoods, rather than unwittingly contributing to the spread of disinformation.”