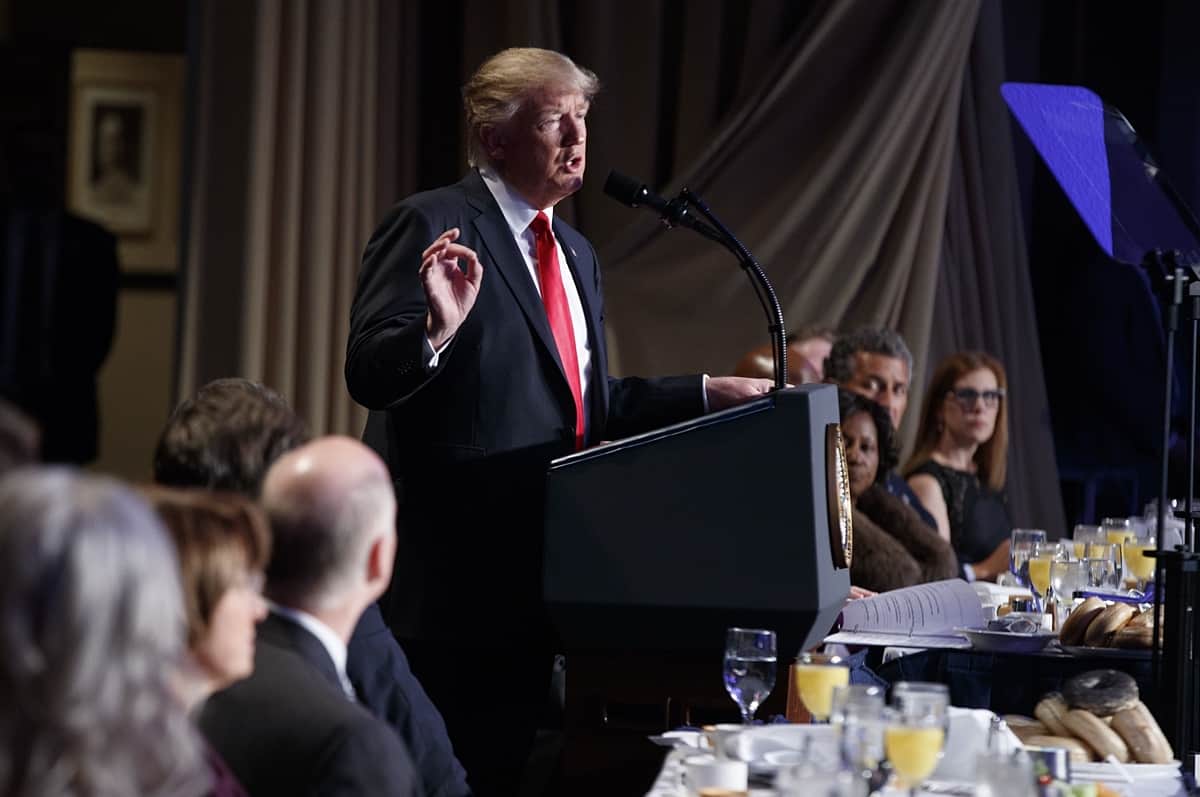 A recent poll from Morning Consult/Politico found that evangelicals are the religious group most in favor of the plan to end the Johnson amendment, which keeps registered nonprofits out of the political fray.

Last week, House Majority Whip Steve Scalise, along with several co-sponsors, introduced a bill to begin the process of repealing the bill, but it’s met with criticisms on both sides.

Trump has repeatedly promised his conservative Christian base that the law would be repealed, but the idea is met with criticisms on both sides. An organization that supports the repeal, Alliance Defending Freedom, writes on their website that for “almost the first 200 years in America, pastors spoke freely and boldly from their pulpit about the issues of the day, including candidates running for office.”

However, people in opposition argue that becoming involved with politics will muddy the waters for American Christians. It’s also important to note that repealing the law would mean all 501c3 nonprofits, including organizations like Planned Parenthood, would be able to speak publicly about politics.

The Prayer That Changed Everything for Chance the Rapper

Hillsong Is Opening a Church in Israel