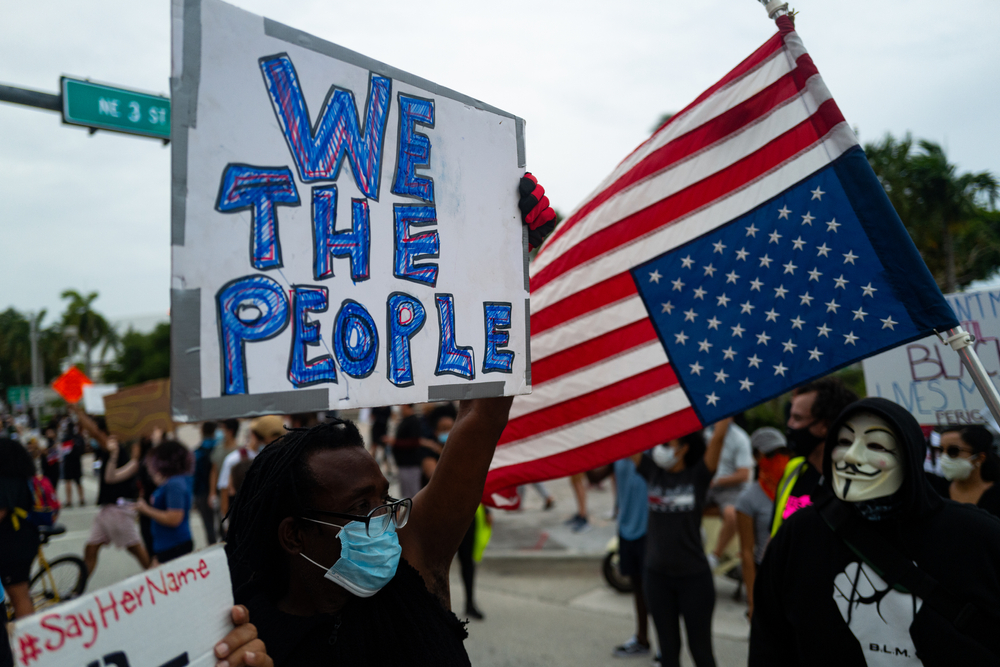 National pride in the U.S. has been on a downward trajectory for a few years now, but the latest Gallup Poll finds it hitting some unfortunate records. Overall, 42 percent of Americans are still “extremely” proud to be an American and 21 percent are “very” proud, but for the first time, fewer than half of white respondents said they were “extremely proud.”  Among nonwhites, just 24 percent are extremely proud. Check out the image below, via Gallup. 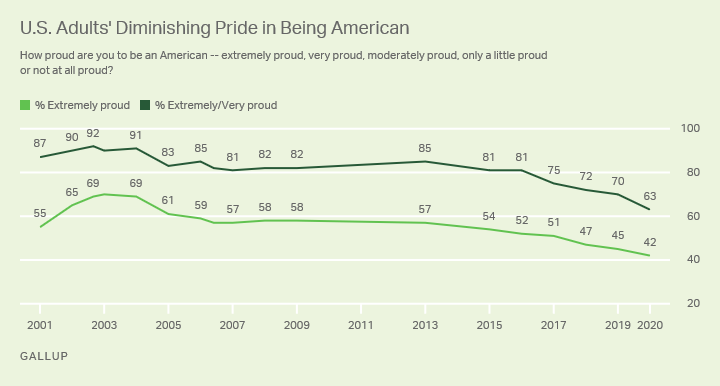 Immediately following the event of 9/11, American pride surged to highs between 65 to 70 percent. That had fallen to 61 percent by 2005 and remained around there until 2015, when it dropped to 54 percent and has been slipping ever since. Over the last year, Republicans experienced a record sharp decline in their American pride — falling from 76 to 67 percent. Meanwhile, Democrat and Independent voter pride has held fairly steady at 24 and 41 percent positive, respectively.

While the percentage of white people who say they are “extremely” proud to be an American has experienced a little decline, American pride has dropped precipitously among nonwhite Americans, from 45 percent in 2016 to just 24 percent in 2020. Young Americans aged 18 to 29 saw a similar plummet, with 34 percent saying they were extremely proud in 2016 and just 20 percent saying the same today.