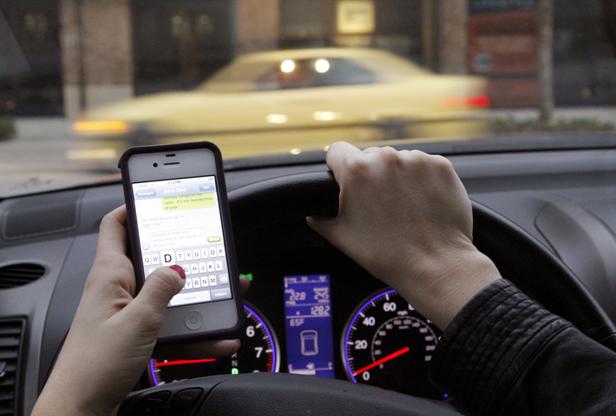 Automobile-related deaths were up some eight percent in 2015 over against 2014, according to reports. This increase is due in part, simply, to more people on the roads, apparently. But another part, officials say, is an increase in “distracted driving”—people driving while posting to social media, texting or whatever. So, according to The New York Times, some authorities “want to treat distracted driving like drunken driving.” There are a few ideas out there about what this might look like. But here’s one that jumps out: Some lawmakers in New York want to give police officers a device that’s basically the “digital equivalent of the Breathalyzer.” They’re calling it a “Textalyzer.”

According to the Times, the Textalyzer would work like its alcohol-detecting sibling: An officer could request access the phones of any drivers involved in an accident and then use the Textalyzer to check the phones’ activities. And just like in a Breathalyzer situation, refusing to submit your phone to an officer could lead to a suspended license. Not surprisingly, critics of the idea cite privacy concerns, because, man, what’s the deal with the government wanting to see in everybody’s phones?

Some Heroes Just Invented a Pizza Box Made Out of Pizza