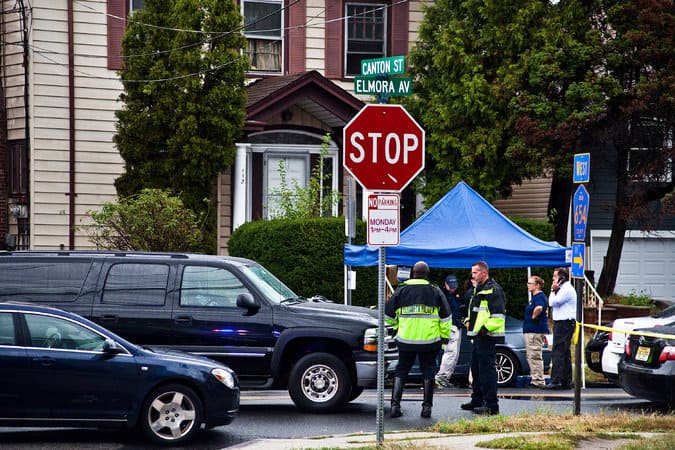 Ahmad Khan Rahami, the suspect behind the Manhattan explosion and the bombing in New Jersey, was apprehended and taken into custody after getting into a gunfight with police that wounded him, according to The New York Times.

Rahami was found in New Jersey after the police sent a cell phone alert to people in the Linden area telling them to look out, referring to him as “armed and dangerous.”

Someone spotted Rahami earlier this morning sleeping outside of a bar and when police approached him, he pulled out a gun, shot the officer in the stomach—he was fortunately wearing a vest—and attempted to flee.

Other officers joined and shot Rahami multiple times. At least one officer was injured.

By 11 a.m., Rahami was in custody with a shoulder wound and taken to University Hospital in Newark.

Rahami was seen on surveillance tapes by officials planting the bombs in Chelsea and his fingerprint was found on another bomb in Manhattan.

Rahami is 28 years old and lives in Elizabeth, New Jersey. He is a naturalized citizen originally from Afghanistan. Neighbors told The New York Times that Rahami went to Afghanistan several years ago and came back showing “signs of radicalization.”

Rahami’s motives are still unknown. Police said that they aren’t looking for any other suspects, but New York Mayor Bill de Blasio urged New Yorkers to be vigilant and the city’s law enforcement was working to secure New York’s landmarks and major attractions.

I Gave Up Sex Three Years Ago. Here’s What Happened