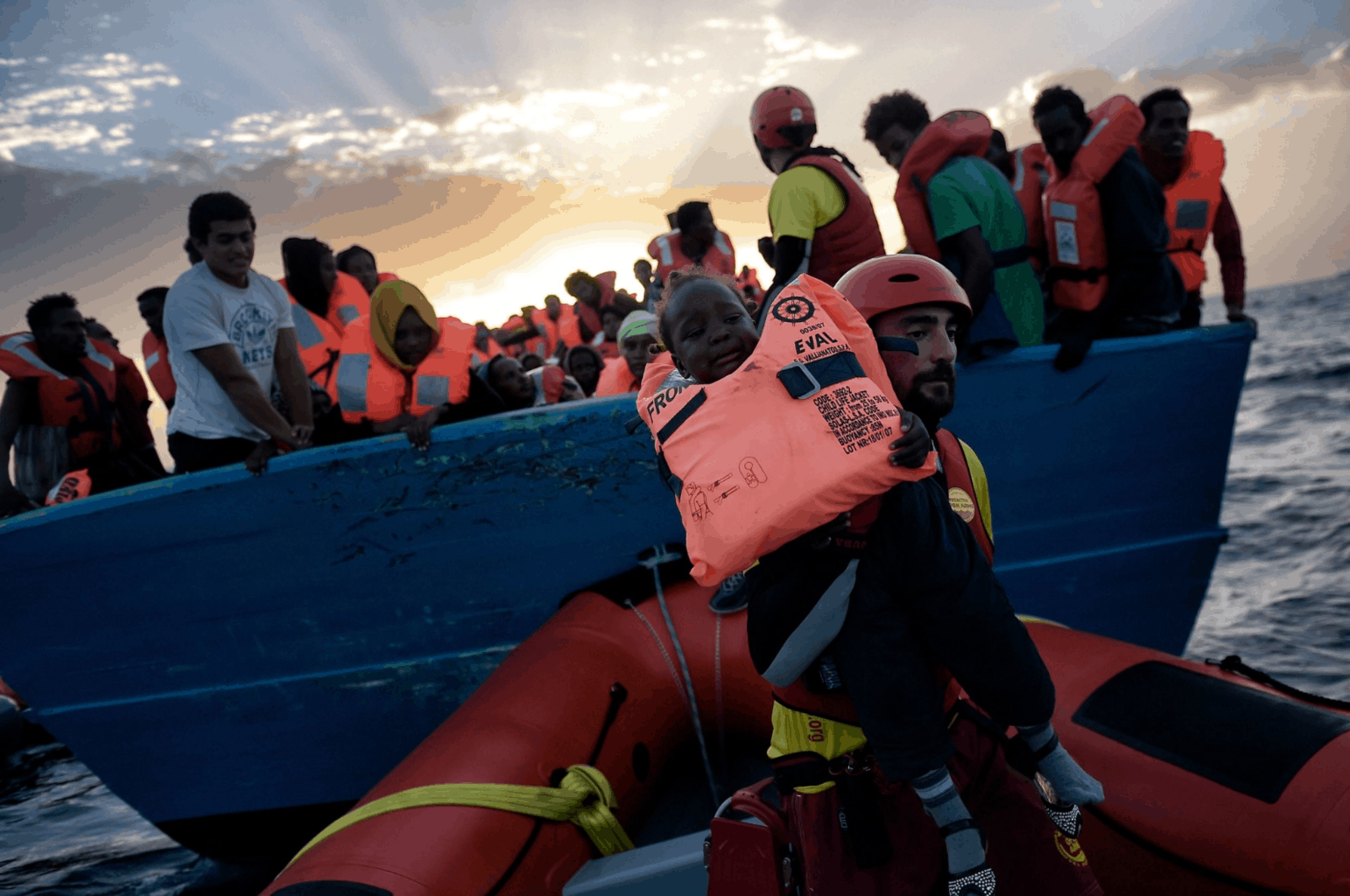 Over 300,000 people refugees and migrants have made the treacherous journey across the Mediterranean Sea so far this year. United Nations Refugee Agency spokesperson William Spindler has recently confirmed the numbers of missing or dead at 3,211, and expects 2016 to be the deadliest year on the Mediterranean Sea yet with the influx of refugees making the journey to Europe to escape brutal war not slowing down.

A photographer recently caught the gruesome reality of this journey when a rescue vessel encountered a boat of migrants off the Libyan coast. The images featuring hundreds of African migrants crammed into boats headed for Italy are harrowing. Many of the survivors were forced to withstand the journey among the corpses of their fellow voyagers.

The New York Times spoke to the photographer of these images, Aris Messinis, 39, who has covered the conflicts in Libya and Syria and photographed the European migration crisis since it began three years ago.

“I’ve seen a lot of death, but not this thing,” he said. “This is shocking and this is what makes you feel you are not living in a civilized world.”

The Spiritual Discipline Everyone Ignores

Anti-Abortion Law in Poland Thrown Out After Massive Protests