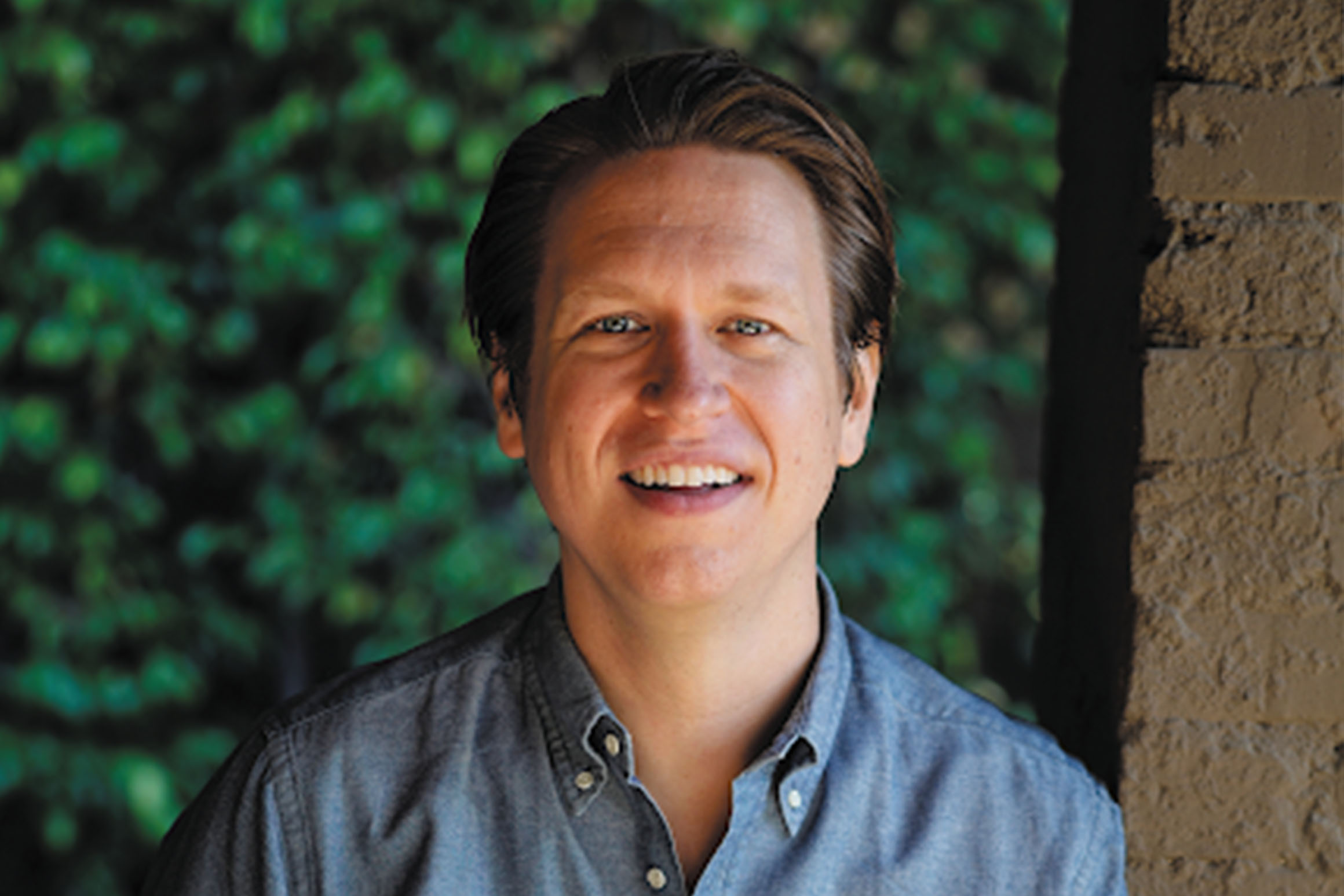 If you’ve seen HBO’s Crashing, than you’re already familiar with the story of comedian Pete Holmes. Raised in an evangelical household, Pete went to a Christian college and even considered going into ministry.

But, after his marriage fell apart, he embarked on a faith journey that saw him abandoning the style of religion he was raised in and exploring big ideas about God, spirituality, relationships and the meaning of everything.

In his new book Comedy Sex God, Pete digs deep into his own story and how he’s evolved spiritually.

We recently spoke with Pete about the book and how writing it became its own kind of spiritual experience.

Fans of your You Made It Weird podcast know that comedy, sex and God are themes you frequently revisit, but tell me how they inspired the book?

Did writing the book make you think about God in a different light?

Yeah. I think most people can relate—or maybe it’s one of the ways they can possibly relate to God or creation … by creating things.

Most of the people that do my podcast are atheist. And one of the ways that I can usually bond with people that don’t have a structure for their beliefs that involves a God is by talking about creativity.

When people are painting or doing photography or writing or filmmaking or anything like that, there’s often a sense of losing yourself, and being a mouthpiece for the idea.  You get out of the way of yourself, and that is one of the ways that I experience the mystery that I like to call God.

You feel like the radio, and you’re just picking up on the song. And that’s what the idea is. A lot of creative people have had that idea. So for me, writing about God was one of the best ways to sort of hang out with that feeling, that place. That’s one of the reasons I like doing it.

I would usually get up in the morning [and write] because the morning is when ideas like the ones in my book tend to make the most sense. In the morning I can hear my quieter voice a little bit more clearly, and in those moments I loved it.

On one hand, we have to say writing is difficult. I think what is often left out is that writing can be incredibly euphoric and satisfying, and I think that’s why a lot of people keep doing it even though it can be so painful.

What do you hope that young Christians—who are like “Young Pete” in the book—will take away from the book and your story of losing your faith and finding it in a new way again?

The religion that I was sold, or lovingly given actually, I don’t think it was manipulative or bad. It was given to me, but part of it was not to question it.

So they tell you to stick with what you were given, which is based on to whom you were born, where you were born and when you were born. Of course, all of us know that. And Young Pete and the people that we are hypothetically talking to here, know that too but they’re too afraid. I was too afraid to really sit with that idea: that I was a Christian because I was born in America in 1979 to white people in Boston. I’m a part of a system.

So even though maybe my young self might look at somebody like me as like some rebellious deviant or a heretic, I can be like, “Yes, I understand because I’m 15 steps removed from you.”

Maybe there’s something so much more cosmic and mysterious and infinite going on here that is way bigger than just what you were told on Sunday mornings. Not that there’s anything wrong with that, but instead of seeing that as the final destination, look at your life as an infolding of these ideas, as an evolution of these ideas, as a play or a dance of these ideas.

Michael W. Smith Is Starting a Music Label at Liberty University With the Jonas Brothers’ Dad?