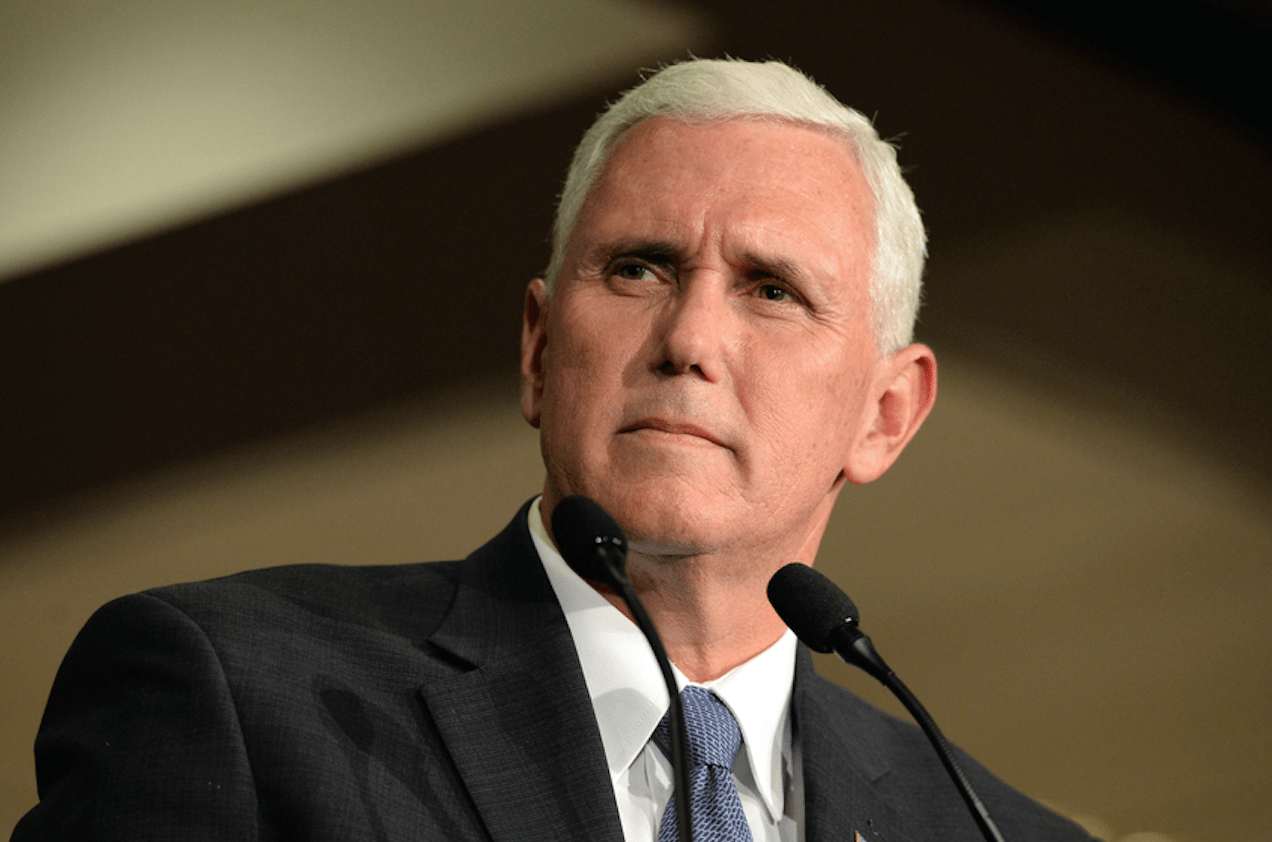 The future Vice President of the United States said he didn’t have a problem getting booed at a performance of the musical Hamilton, and wasn’t offended when the cast addressed him directly from stage. Following the performance, the cast thanked Mike Pence for attending, and said [in part],

There’s nothing to boo here, we’re all here sharing a story of love … We, sir, we are the diverse America who are alarmed and anxious that your new administration will not protect us — our planet, our children, our parents — or defend us and uphold our inalienable rights, sir. But we truly hope that this show has inspired you to uphold our American values and to work on behalf of all of us. All of us.

Again, we truly thank you for sharing this show. This wonderful American story told by a diverse group of men [and] women of different colors, creeds, and orientations.

While being interviewed on Fox News Sunday, Pence said, “My daughter and I and her cousins really enjoyed the show. ‘Hamilton’ is just an incredible production, incredibly talented people. It was a real joy to be there. When we arrived we heard a few boos, and we heard some cheers. I nudged my kids and reminded them that is what freedom sounds like.”

President-Elect Trump had a different take on the events. He claimed Pence was “harassed” by the cast. He called the show “highly overrated” and demanded that the cast apologize for “their terrible behavior.”

Pence, however, later told CBS, “It was real joy to be there.”

I Wasn’t Allowed to Read Harry Potter. Here’s Why I’m a Fan Now