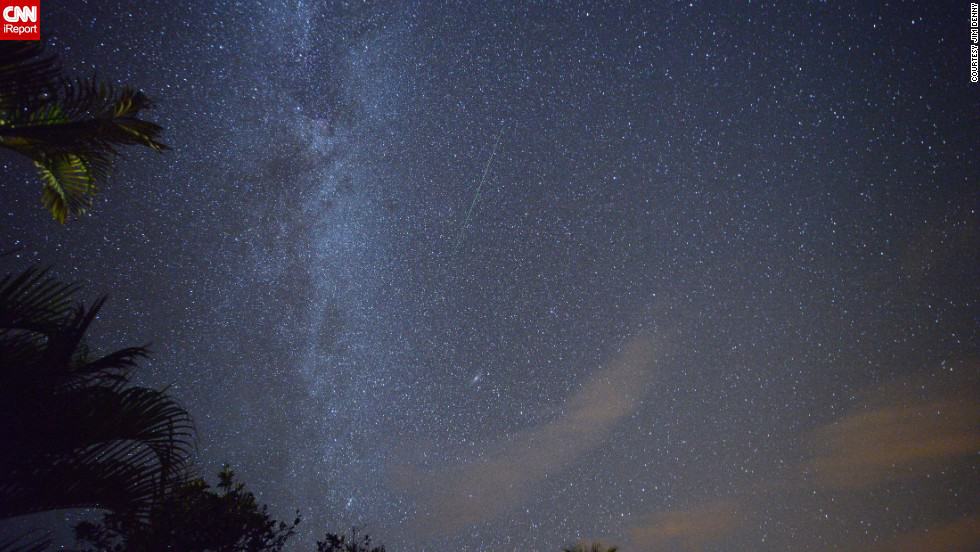 This summer will have some great opportunities for star-gazing, starting tonight with the annual Delta Aquarids meteor shower. Thursday and Friday will be the best the peak nights of the meteor show that started last week, according to the American Meteor Society.

If you’re wondering what the meteor shower is, NASA explains it as:

The Delta Aquarids (Southern Delta Aquarids) are a meteor shower that occurs each year from mid-July to mid-August. The shower results when Earth passes through the debris fields left by two sungrazing comets, Marsden and Kracht, that broke apart in space. The meteor shower gets its name because the radiant appears to originate near Delta Aquarii, one of the brightest stars in the constellation Aquarius.

Sky watchers can find the shower by looking for the Aquarius constellation, that sort of looks like someone pouring out a jug of water. The shower should be visible to people throughout North America and the best times to watch are late in the night up until sunrise.

In 2014, NASA said the best time to see this shower would be two hours before dawn in each respective time zone, and it’s been seen with a telescope or long camera lens.