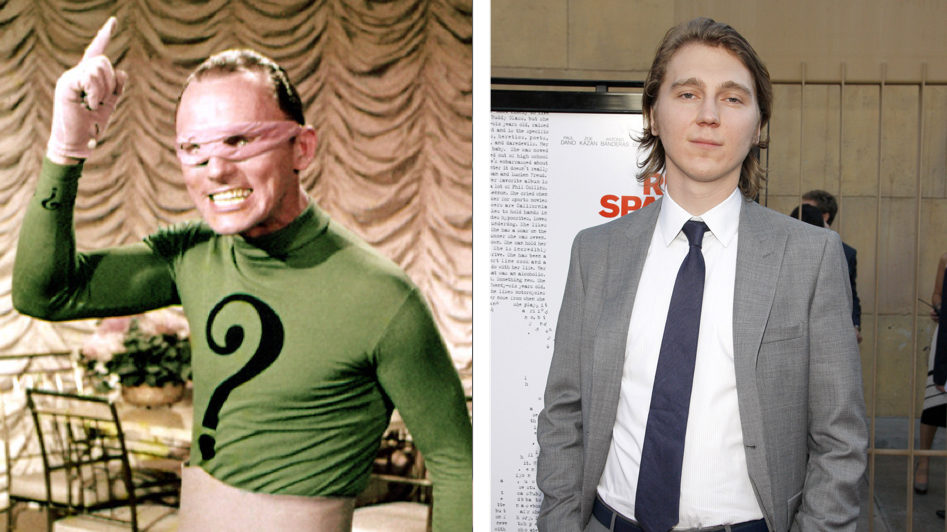 There Will Be Bats. Just a few hours after Jonah Hill officially dropped out of negotiations to join Matt Reeves’ The Batman, Warner Bros. announced that Paul Dano, mos famous for getting his milkshake drunk by Daniel Day-Lewis, is officially stepping in as The Riddler.

Dano joins one of the most impressive and weird (in a good way) comic book casts in recent memory. Jeffrey Wright is our Commissioner Gordon, Zoe Kravitz is Catwoman and, of course, Robert Pattinson will be our lead (speaking of, he needs a “Bat-fleck” like nickname. Battinson? Pattman?).

And at the head of it all, Matt Reeves, whose Planet of the Apes reboot is one of the most viscerally and cerebrally rewarding big-budget franchises of the decade. His Bat-story story is being kept locked down tight, although rumor has it Jeph Loeb and Tim Sale’s well-loved Batman: The Long Halloween story is serving as a template. That story finds Batman matched up against multiple villains in more of a noir-infused detective story than a classic superhero beat-em-up.

Dano will be the fifth person to bring the Riddler to life on screen. Frank Gorshin was nominated for an Emmy for his portrayal of him in the 1960s Batman TV show. John Astin, adopted father of Sean, also played the Riddler for a few episodes of the show. Corey Michael Smith played him on FOX’s Gotham. And, of course, Jim Carrey turned in a characteristically unhinged take on The Riddler in 1995’s Batman Forever (the Val Kilmer one).

Dano has quietly built one of the more fascinating careers in Hollywood. Though probably best remembered for his time as a surly teen in Little Miss Sunshine and a demented pastor in There Will Be Blood, he’s also been nothing if not memorable in movies like Bong Joon-ho’s Okja, Denis Villeneuve’s Prisoners, Daniel Scheinert and Daniel Kwan’s Swiss Army Man and his starring role in the Brian Wilson biopic Love and Mercy.

The Batman and it’s delightfully eccentric cast will be in theaters in 2021.