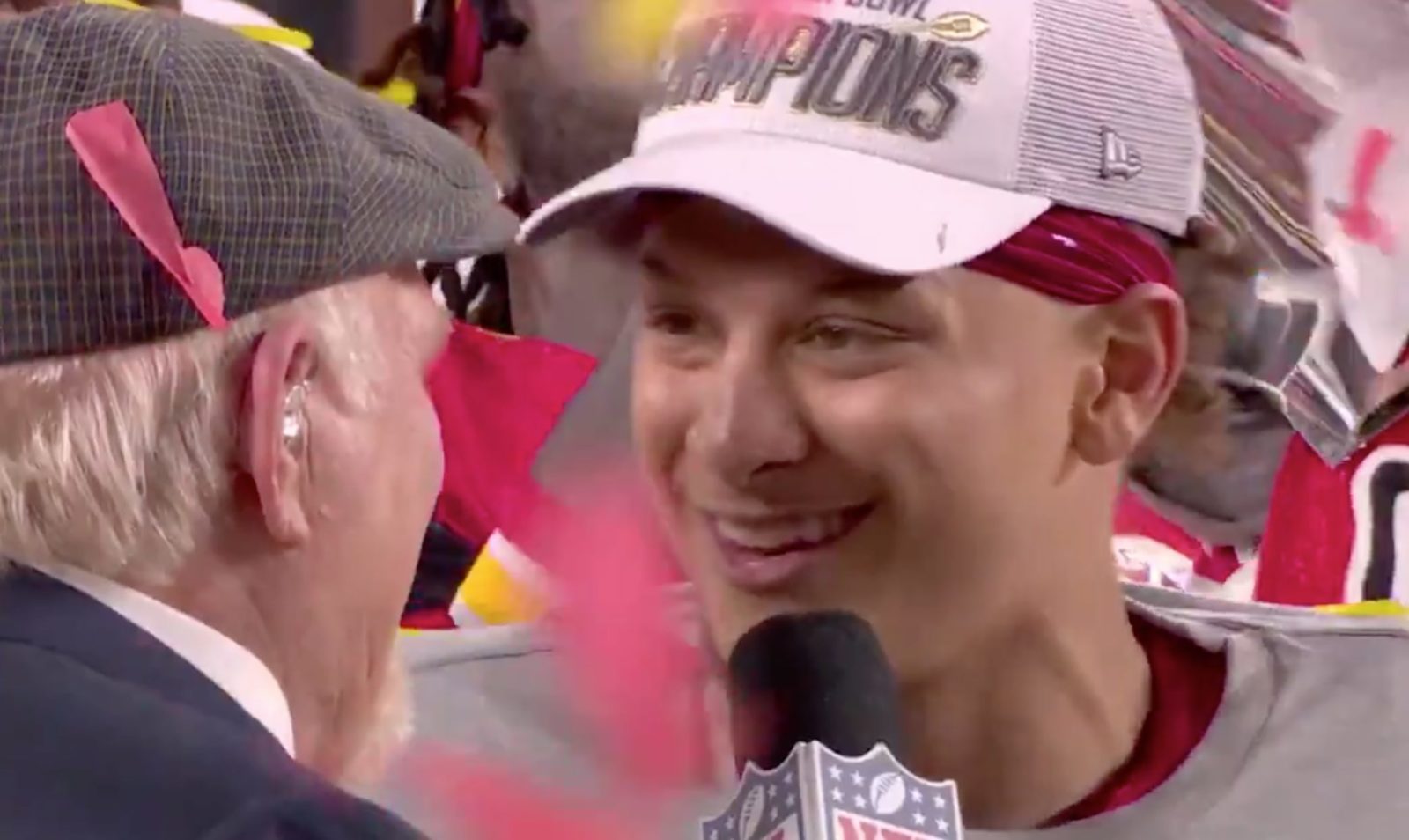 Patrick Mahomes led the Kansas City Chiefs to victory over the San Fransisco 49ers last night in the Super Bowl, while also taking home the MVP trophy. And though Mahomes is one of the game’s most exciting young players, he managed to stay humble and direct interviews to a topic he’s even more passionate about than football—his faith.

Before departing Kansas City for the game in Miami, he told his local Fox 4 news station that “Faith has always been big with me,” adding, “Obviously I want to win every game, but I’m glorifying Him every single time I’m out there.”

“As long as I’m doing everything the right way and the way that He would want me to do it, then I can walk off the field with my head held high and be able to be the man that I am,” he explained. “I understand that He’s given me a lot of blessings in my life, and I’m trying to maximize them and glorify Him.”

After the game, Mahomes told reporters that the team never gave up on each other, even though they trailed late in the game. “We never lost faith, that’s the biggest thing. Everybody on this team, no one has their head down and we believe in each other and that’s what we preached all year long.”