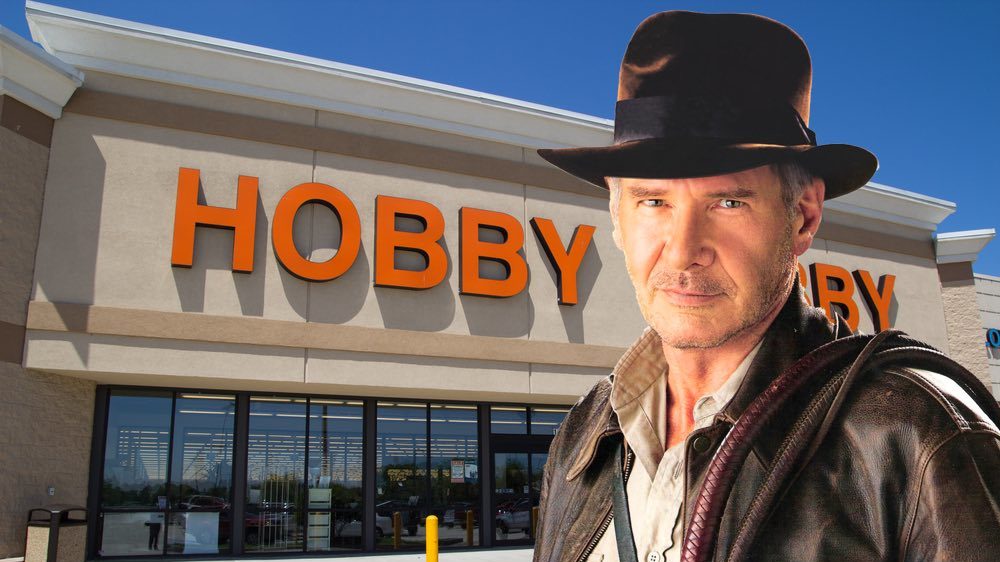 A few weeks ago, we brought you a story that we said had everything: dinosaur bones, homeschool paleontologists, Answers in Genesis, political scandals and a failed attempt at Christian meditation. We stand by our reporting there but, it’s safe to say that anything that story didn’t have, this one does. College professors. The Museum of the Bible. Ancient biblical artifacts. Daring daylight heists. Hobby Lobby!

So, let’s take it one step at a time, because we want to get this story straight for the inevitable movie. Professor Dirk Obbink is a respected, celebrated Oxford professor and expert in classics — he even has a MacArthur genius grant. He’s the director Oxford’s Oxyrhynchus Papyri Project, managing centuries-old pieces of literature collected from a garbage dump in Egypt. He is also, allegedly, a master thief.

On Monday, Papyri Project officials released the results of their investigation into Obbink, and accuse him of looting 11 Bible fragments — one of which is the oldest ever recovered — from the project and selling it to the Green family. The Greens, of course, are the owners of arts-and-crafts megachain Hobby Lobby and also operate the Museum of the Bible in Washington D.C.

Those are the basics, as reported by the Washington Post.

Obbink who is, get this, still a professor at Oxford and hasn’t responded to the allegations, has long been the rumored thief of the biblical fragments and has flatly denied responsibility in the past. In 2018, he told The Daily Beast that the hushed whispers about his responsibility in the fragments were “not true.” The Green family has also denied any knowledge of their gains being ill-gotten, saying they bought them “in good faith.”

That said, this is far from the first artifact in the Museum of the Bible collection to come under scrutiny. Last year, five of its most famous artifacts were revealed to fakes. Earlier this month, it replaced a miniature Bible it had claimed had been on a NASA trip to the moon after it could no longer verify the claim. In 2017, the Museum reached a $3 million settlement agreement with the Justice Department after an investigation found it had illegally purchased thousands of artifacts stolen from Iraqi archeological sites.

Ever since 2012, there have been rumors of the oldest existing fragment of the New Testament — a scrap containing a few verses from the Gospel of Mark, dated all the way back to roughly 100 years after the death of Jesus. The experts who’d laid eyes on it couldn’t say much, as they were bound by an NDA. For those in the know, the NDA confirmed the involvement of the Green family, the only organization to require non-disclosure agreements from scholars.

Scott Carroll, director for the Green Collection at the time, said he’d actually seen the fragment in Obbink’s office in Oxford in 2011, and then the fragment vanished until June of 2018, when the Egypt Exploration Society produced a fragment most scholars agreed was probably the “First Century Mark” in question. The Society denied that Obbink had ever tried to sell the fragment to the Greens or anyone else.

“Professor Obbink insists that he never said the papyrus was for sale,” the Egypt Exploration Society said in a statement, “and that while he did receive some payments from the Green Collection for advice on other matters, he did not accept any payment for or towards purchase of this text.”

And yet, documents directly from the Museum of the Bible directly contradict that statement, appearing to show that Obbink sold the First Century Mark and several other fragments to Hobby Lobby Stores in 2013. This was enough to convince Egypt Exploration Society to open its own investigation, during which it discovered that 13 fragments were missing from its collection that “include passages from Genesis, Psalms and an ancient copy of the Ten Commandments”. They accuse Obbink of swiping them all back in 2010.

The Museum of the Bible has agreed to return the pieces in question. In a statement, museum spokeswoman Heather Cirmo blamed the situation on “[f]ormer employees who have not been associated with the museum since 2012.”

The rest is up to you, Spielberg.

Alex Trebek: ‘I’m Nearing the End of My Life’