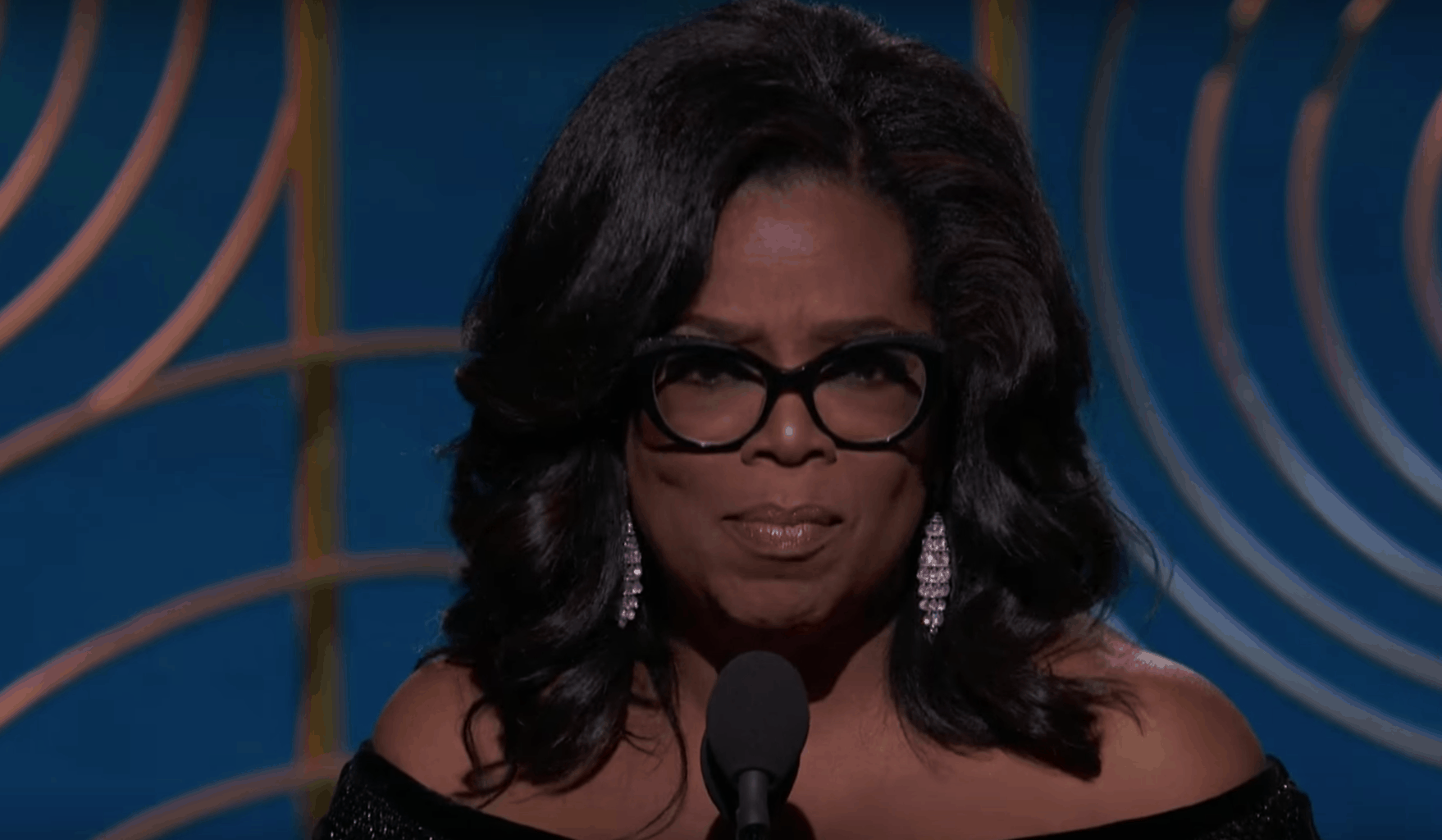 Last night, Oprah Winfrey brought the attendees of the 75th Annual Golden Globe Awards to their feet in a stirring speech while accepting the Cecil B. DeMille Award for “outstanding contributions to the world of entertainment” and was the first black woman to ever win it.

In her speech, she addressed the #MeToo movement, gender equality, fighting racial injustice and the importance of standing up for truth.

I’ve interviewed and portrayed people who’ve withstood some of the ugliest things life can throw at you, but the one quality all of them seem to share is an ability to maintain hope for a brighter morning, even during our darkest nights. So I want all the girls watching here, now, to know that a new day is on the horizon! And when that new day finally dawns, it will be because of a lot of magnificent women, many of whom are right here in this room tonight, and some pretty phenomenal men, fighting hard to make sure that they become the leaders who take us to the time when nobody ever has to say ‘Me too’ again.

The speech led to speculation that Oprah could be preparing for a presidential run. Afterward, The Los Angeles Times asked her partner Stedman Graham about the possibility, and he said that if the circumstances are right, “She would absolutely do it.”

The show’s host Seth Meyers later chimed in, saying, “In 2011, I told some jokes about our current president at the White House Correspondents Dinner. Jokes about how he was unqualified to be president. Some have said that night convinced him to run. So if that’s true, I would just like to say, ‘Oprah you will never be president! You do not have what it takes!’”

But Oprah herself has generally been pretty firm about her lack of interest in the political world. Just last June, she told The Hollywood Reporter that “I will never run for public office. That’s a pretty definitive thing.” And her longtime best friend and confidante Gayle King told CBS in March “I would bet my first, second born and any unborn children to come, that ain’t never happening.”

This Is the Year the Golden Globes Mattered