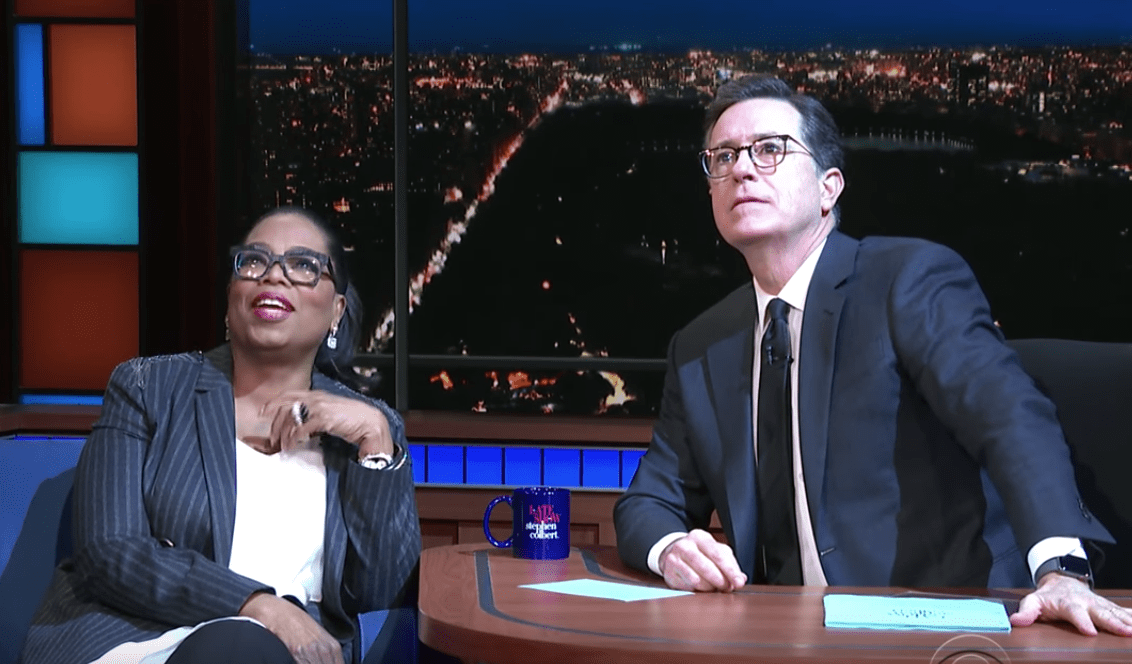 Recently, Oprah Winfrey announced that she would run for president if she heard God telling her to.

She told People: “I went into prayer. ‘God, if you think I’m supposed to run, you gotta tell me, and it has to be so clear that not even I can miss it.’ And I haven’t gotten that.”

This week, she appeared on The Late Show to talk about A Wrinkle in Time, and wouldn’t you know it, “God” made an appearance with the sign she was looking for.

Watch: Netflix Is Going All-In on Its ‘Lost In Space’ Reboot