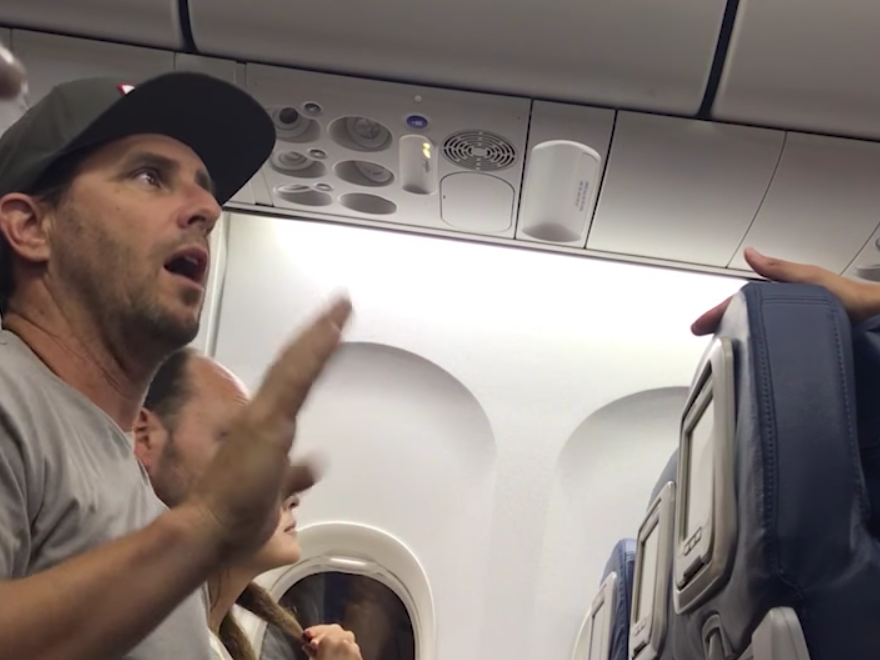 It’s unclear what exactly the causes are, but apparently all airlines are in a competition with DMVs to see how fast they can become the most customer-unfriendly industry on the planet. We probably don’t need to tell you about the series of debacles that befell United Airlines during the last month, but let’s recap anyway:

Now it looks like Delta Airlines, the largest in the world, didn’t want to get left looking classy or anything. Late last month, Delta staff kicked off a family from a flight from Maui to Los Angeles because of some confusion about a seat purchased for their teenage son but occupied by their two-year-old.

There’s a lot back and forth, which you can watch, the low point for Delta is when the father of the family can be heard say, “I have two infants and nowhere to stay. There’s no more flights. What are we supposed to do—sleep in the airport?”

You can watch the whole thing unfold:

Yesterday, Delta issued an apology to the family.

At this rate, we’re officially suggesting you look into trains, Uber and even skateboarding for your summer travel plans.

The Opposite of Love Isn’t Hate

If You Offer Liam Neeson a Sandwich, Odds Are He’ll Find You