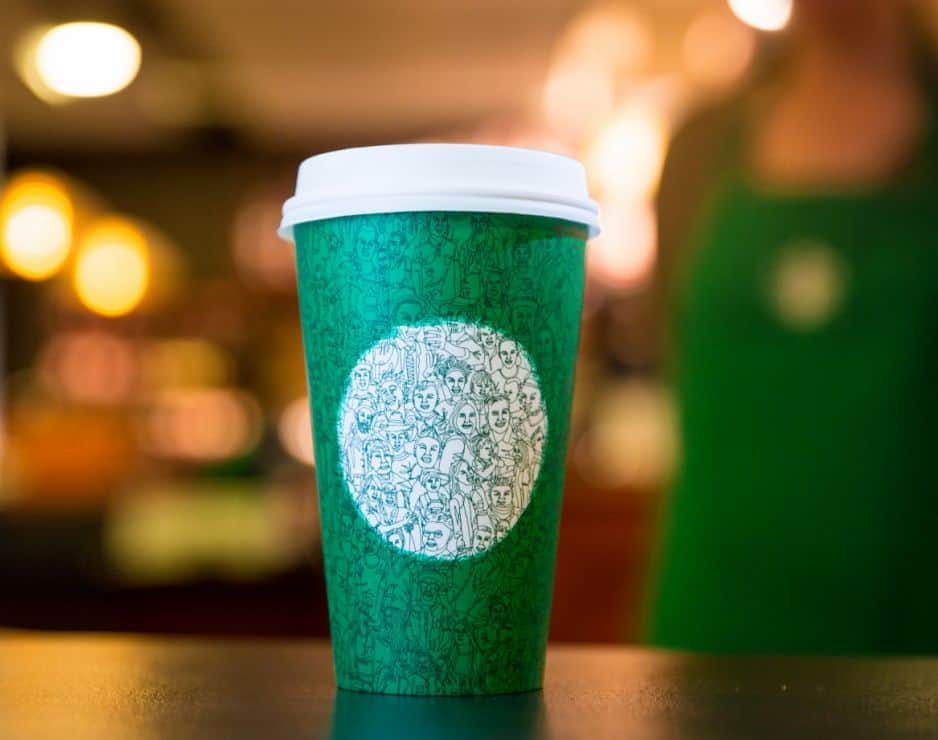 Starbucks debuted what many customers assume to be their holiday cup, and some people—just like last year—are unhappy with its distinct lack of holiday—Christmas—cheer.

It may have been assumed that Starbucks would do a more traditionally Christmas-themed cup after last year’s truly insane controversy.

Last year’s cups were plain red and were meant to “usher in the holidays with a purity of design that welcomes all of our stories,” according to Starbucks’ vice president. There was immediate backlash from those who argued that Starbucks was trying to erase Christmas, and more extremely, that Starbucks “hates Jesus.”

This year’s cup is a green and designed to show off the unity and community aspects of everyone in the world. Instead of featuring holiday decorations, it threads drawings of several people who all look the same but are created with one single line and is only available in the United States.

“The green cup and the design represent the connections Starbucks has as a community with its partners (employees) and customers. During a divisive time in our country, Starbucks wanted to create a symbol of unity as a reminder of our shared values, and the need to be good to each other,” said Howard Schultz, chairman and CEO, in a press release.

Because of the timing of the cup’s release and the current political climate, some people have seen the cup as carrying an unnecessary political message, while others are upset that it is not holiday themed—but Starbucks has yet actually to call it their holiday cup.

Stryper Has Launched a Kickstarter to Fund Its Authorized Documentary

Starbucks said that it hasn’t revealed all of its holiday plans, but a few customers have noticed boxes that are marked “no peeking” until November 10.

A Reddit user posted an image and captioned it “I peeked” that features a traditionally red cup with a holiday theme.