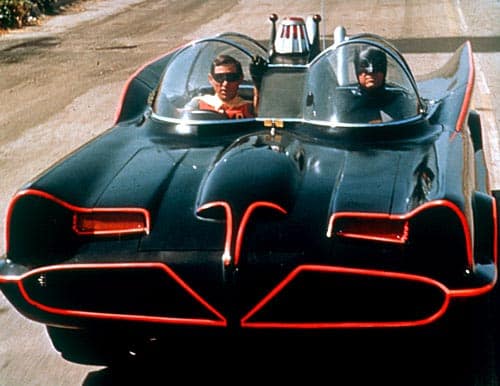 He is vengeance. He is the night. He is telling you to make a U-turn, you just missed your exit. Yes, Waze has recruited Batman himself as a guest navigation voice for a limited time, which ought to add just a little extra element of justice to your daily commute. And for the chaotic evils out there, you’re in luck: you can also select Riddler as your guide.

More accurately, Waze hired Kevin Conroy and Wally Wingert as their guest navigation voices for now through the end of October. Conroy has voiced the Dark Knight for decades in franchises like Batman: The Animated Series and its various offshoots, along with the Arkham games. Wingert provided the Riddler’s voice for the Batman Arkham games, so it all ought to feel fairly authentic, give or take the shadow-shrouded streets of Gotham. To add a little extra element of fun, you can even replace your car icon with either a Batmobile or a Riddler…mobile(?) and Waze has put together some nifty superhero and supervillain-inspired playlists that ought to make driving around a lot more thrilling for a few months.

This is coming just in time for Batman Day, which will land on September 19. Batman Day isn’t an official holiday (yet) but DC Comics has been hosting the annual celebration for a few years, which is the least they can do after all Bats has done for us. They’ll probably be rolling out more Batman content over the next few weeks along with, who knows, maybe even another new look at Matt Reeves’ hotly anticipated upcoming movie starring Robert Pattinson, Zoe Kravitz and Paul Dano.

You can activate Waze’s Batman and the Riddler mode on the Waze smartphone app.

‘The Mandalorian’ Season Two Will Return Just in Time for Halloween

Optimism Is Temporary. Hope Is Eternal.