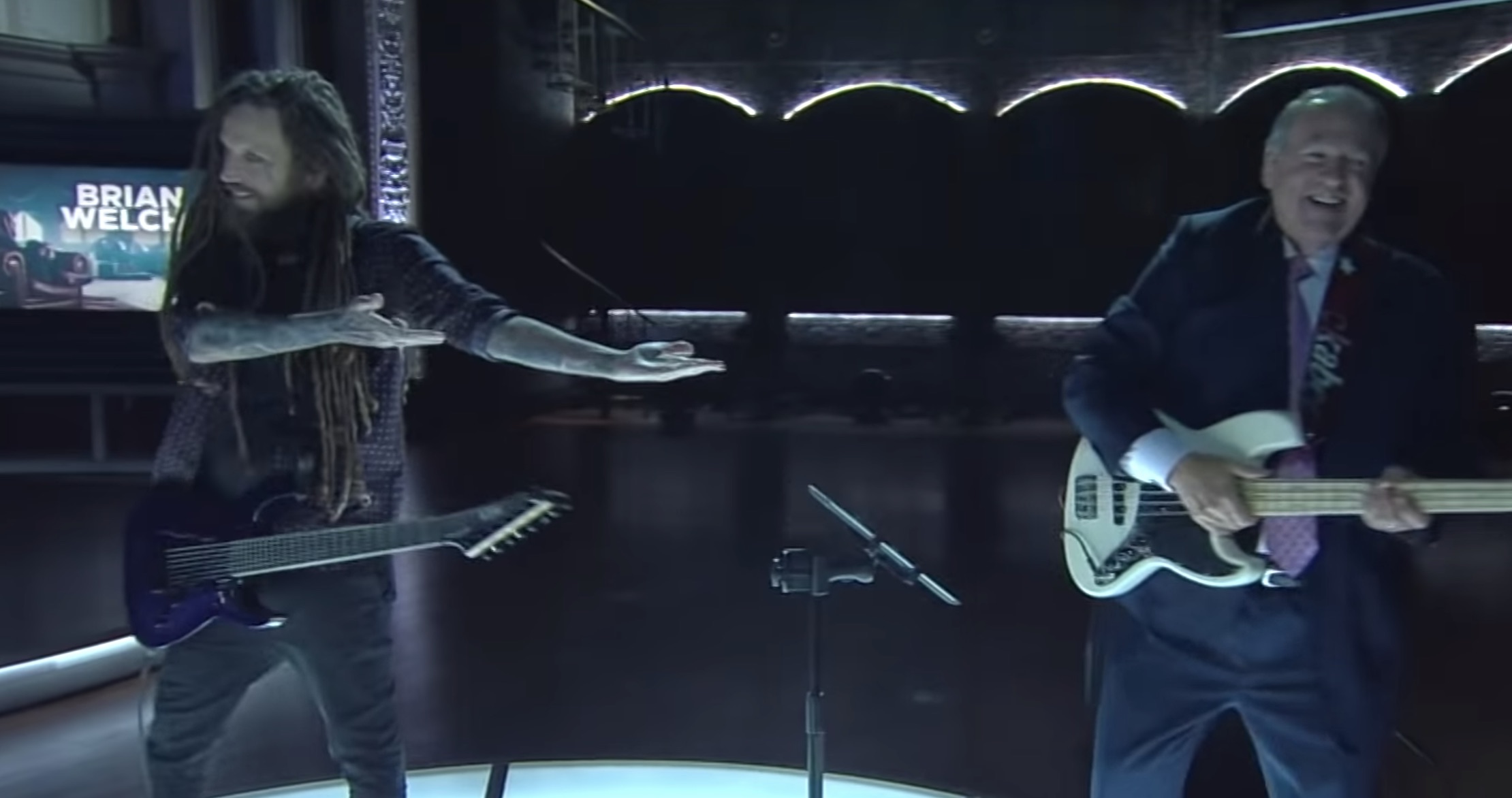 Mike Huckabee has had quite a career. He is, for example, a former governor — that much you know. You may also be aware that he’s a talk show host and something of a burgeoning comedian. But Huckabee is also famous-ish for knowing how to play the bass guitar, and it’s that skill that put him in the news today.

He was joined on his show by Korn guitarist Brian “Head” Welch, who joined Huckabee for a cover of Korn’s “Blind.”

Huckabee admits that it doesn’t look like the two “blend” and, well, that is correct, but he keeps up on the bass well enough.