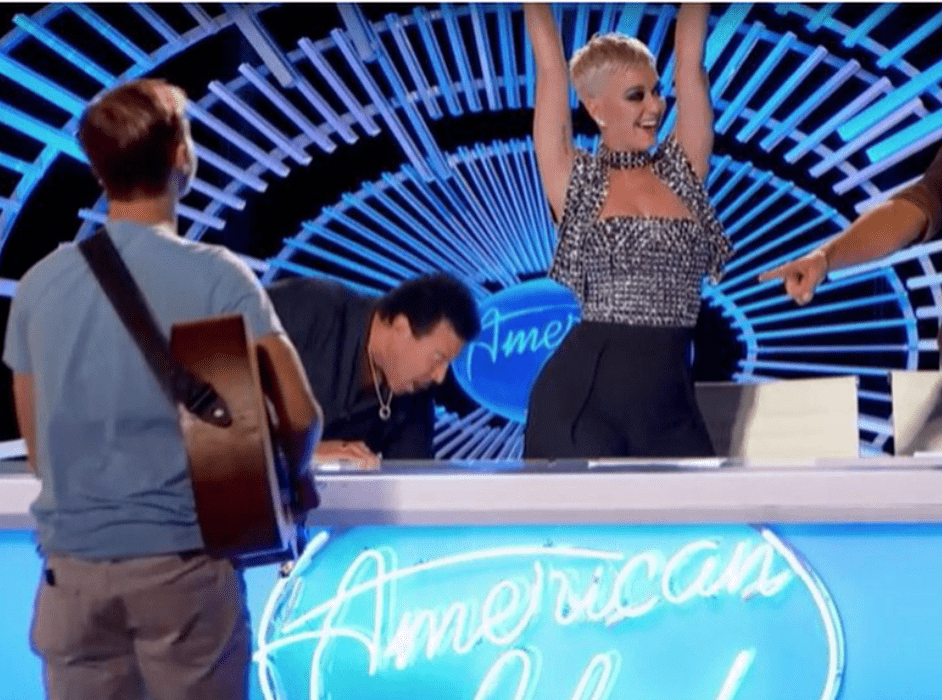 The man behind the recent American Idol controversy is speaking out.

In case you missed it, as we reported earlier this week, while auditioning for the show, Benjamin Glaze revealed he’d never been kissed.

Perry then jumped up and said, “Come here. Come here right now.” As she motioned her face toward his, Glaze asked, “On the cheek?” After the two touched cheeks, Perry asked for another kiss because their first didn’t make a “smush sound.” He went to kiss her on the cheek, and she quickly turned and kissed him on the lips. He yelled, “Katy! You didn’t!”

He later told The New York Times,  “Would I have done it if she said, ‘Would you kiss me?’ No, I would have said no. I know a lot of guys would be like, ‘Heck yeah!’ But for me, I was raised in a conservative family and I was uncomfortable immediately. I wanted my first kiss to be special.”

The interaction led to a debate about whether or not Perry’s action constituted sexual harassment or sexually inappropriate behavior.

Now, Glazer is speaking up. In an Instagram, he said, “I am not complaining about the kiss from Katy Perry at all, doing a few news reports and being interviewed by many different reporters has caused some major questions. The way certain articles are worded is not done by me, and my true intentions are not accurately represented in every article you read about the situation. I am not complaining about the kiss, I am very honored and thankful to have been apart of American Idol …”

He continued, “I do not think I was sexually harassed by Katy Perry and I am thankful for the judges comments and critiques. I was uncomfortable in a sense of how I have never been kissed before and was not expecting it …  Please take into consideration that I don’t believe my views have been appropriately communicated through the media!”