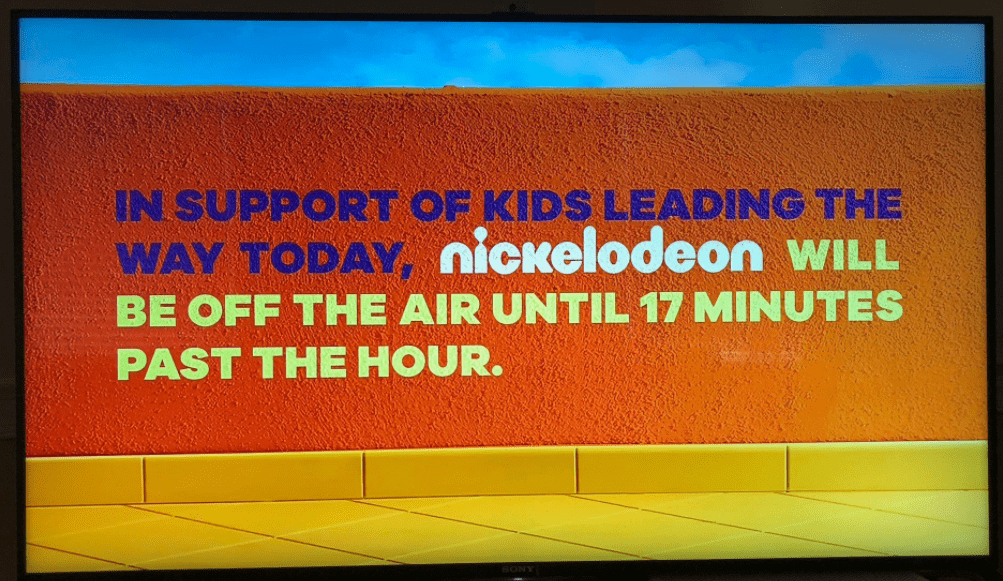 Yesterday, Nickelodeon went silent for 17 minutes in solidarity with student protesters nationwide who walked out of class as a statement against gun violence.

For those 17 minutes, a message was on screen that read: “In support of the kids leading the way today, Nickelodeon will be off the air until 17 minutes past the hour.” The gesture was a reference to the 17-minute walkouts happening around the country Wednesday, one minute for every person killed in the Parkland shooting last month.

Some people on Twitter praised the channel, citing an emotional response over something they experienced as kids making a positive social impact on a new generation.

Why did Nickelodeon going off the air in support of #NationalWalkoutDay make me tear up? Something about the network that brought my kids Blue’s Clues sticking with the young people who were watching it and Nick Jr. as toddlers is really moving.

When Nickelodeon has more moral courage than your Congressman… pic.twitter.com/3vfdr42YNK

Others, however, weren’t as supportive, saying Nickelodeon crossed an inappropriate boundary by bringing justice issues before the eyes of their kids without their consent.

During the airing of PawPatrol on Nickelodeon this popped up. Not only did both of my little ones start crying because they don’t know why the one show I let the watch in the morning was not on but @Nickelodeon you pissed this Mom off! Don’t drag my toddlers into this! pic.twitter.com/hSm9fAVJHy

Nickelodeon was joined in its programming pause by other Viacom channels including MTV, BET and Comedy Central. MTV had students take over its official Twitter account as well.