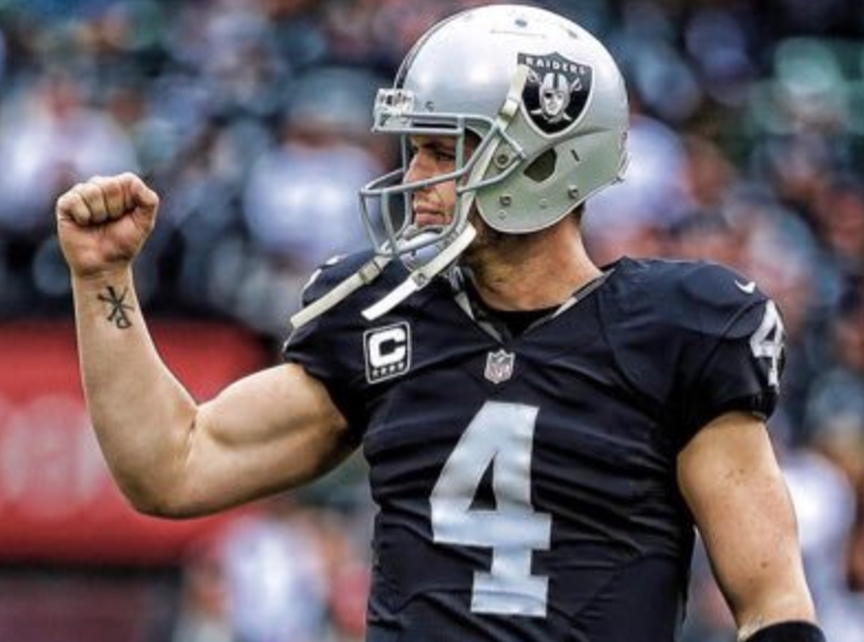 This week, Oakland Raiders quarterback Derek Carr pulled over on the side of a California highway to help a man who’d run out of gas. The man, a local radio DJ, didn’t recognize Carr, and the two started talking about life while he drove them to the gas station.

Carr told the man that he played football for a living, but his plan was to become a pastor when he eventually retired. As Ron Reeser explained to all22.com,

I thought he was a college quarterback. I asked him what string he was. He said ‘first string.’ I asked him his favorite team. He said, ‘I may be biased, but the Raiders because I play for them.’ I looked at him and said, ‘Wait’ … and I asked him his name. He said ‘Derek Carr.’

When Carr eventually dropped off the man, he asked him if there were things in his life that he could pray with him about. From All22: “Reeser mentioned three things. Carr then asked if he could pray for him, and put his hand on Reeser’s  shoulder and prayed.”

Carr has been vocal about his Christian faith in the past. After he suffered a gruesome, season-ending injury last year, he tweeted to fans,

Thank you to everyone that has been praying for me! Things happen in life that we don’t always understand, BUT I do KNOW this. I serve a God that loves me and that is the ultimate healer! I am not worried one bit. I will bounce back and be on my feet within no time!

5 Things Healthy Couples Do When Life Gets Busy