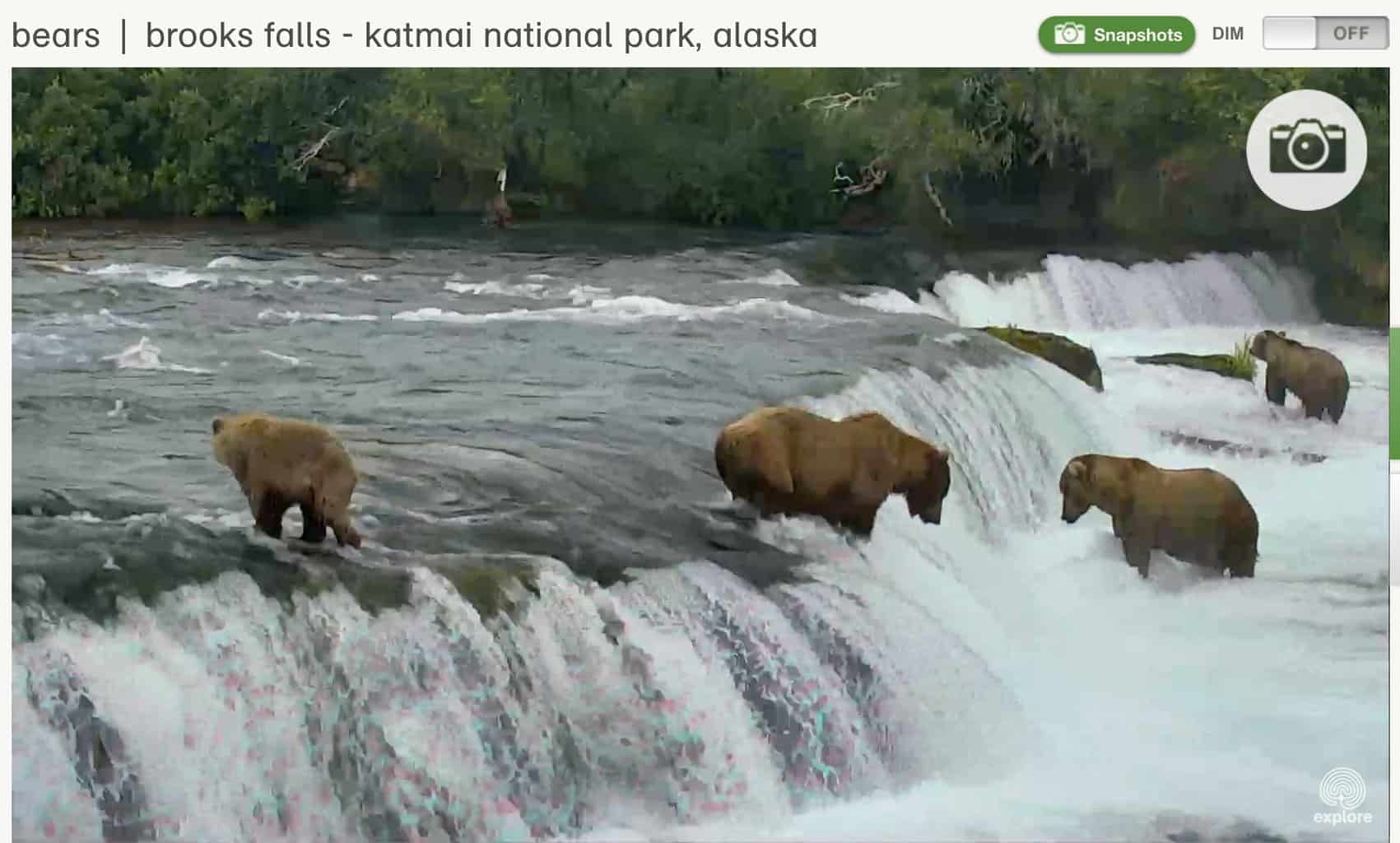 Finally, something you can do at work! Just like the first three seasons, Bearcam‘s fourth season really exists.

The epitome of a reality show, Bearcam is footage of hundreds of bears from Alaska’s Katmai National Park doing everything from raising their cubs to fishing for salmon to fighting for dominance.

The National Park Service has one camera at Brooks Falls where throughout July you can spot as many as 25 bears fishing in the falls and the dominant male bears competing against each other for prime fishing spots.

“We hope people turn to this for inspiration and when they do, they will see lessons these creatures have for us—about cohabitation, instinct and beauty,” explore.org founder Charles Annenberg Weingarten wrote in a news release.

This season, viewers can ask park rangers questions about the bears through blog posts, tweets and live chats, according to CNN. You’re welcome.

Britain’s Next Prime Minister Will Be a Woman

Starbucks Price Hike May Get Them in More Hot Water