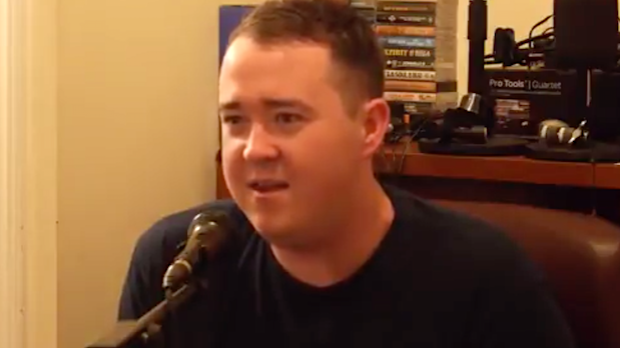 In a situation that is becoming sadly tradition at this point, Saturday Night Live is already on its heels after announcing three new castmembers on Thursday. Two of the inductees, the Groundlings’ Chloe Fineman and Las Culturistas‘ co-host Bowen Yang, are exciting additions to Studio 8H. The third, a stand-up comic named Shane Gillis is …well …

Shortly after SNL made the announcement, journalist Seth Simons unearthed footage of Gillis spouting off some blatantly racist nonsense on an episode of Matt and Shane’s Secret Podcast, including racial slurs and a mocking fake-Chinese accent. We won’t embed the clip but you can watch it here (strong content warning for language).

Suffice to say, Gillis expresses crass irritation with Chinese immigrants who learn English (he calls it “annoying”), uses a racial slur for Chinese when explaining why he hates Chinatown and he and his co-host go on a lengthy diatribe about how people are getting too upset about racism, which is a little ironic, considering. These videos, it should be noted, are from September of 2018.

Vulture also unearthed an old video of the two ranking other comedians, at one point using a homophobic slur to describe Judd Apatow and Chris Gethard. Variety dug even deeper and found some pretty disgusting homophobia, racism and misogyny.

As is the custom, Gillis posted a screenshot of his Notes app to Twitter with a statement that can’t exactly be called an “apology” as it doesn’t say sorry for anything. It’s more of a mealy-mouthed defense of “risks.” Insofar as using racist slurs can be considered a “risk”, this is one that does seem to have some consequences.

That line about being “happy to apologize to anyone who’s actually offended” comes off particularly bad as if Gillis is setting himself up as the arbiter of who is actually hurt and who is just trying to score “woke points”, not acknowledging that there is a vast middle ground of people simply acknowledging that casual racism is bad. Defenses like Gillis’ here fail to understand that apologizing isn’t about being “actually offended” — it’s about the reality of a moral universe in which bigotry is objectively wrong.

The big question here is, as ever, how did SNL miss this? Gillis, seemingly aware of the liability of his content, had scrubbed his YouTube channel but the clips were still available to anyone with Google. Moreover, a comedy club in Gillis’ former home of Philadelphia issued a statement saying that “Good Good Comedy Theatre stopped working with [Gillis] within the past few years because of racist, homophobic, and sexist things he’s said on and offstage”, so it’s not like this was a secret. How much is SNL vetting their new hires?

All this strikes an especially ironic note given the promotion of Bowen Yang from SNL writer to the show’s very first full-time Asian-American castmember. That should have been cause for SNL‘s Asian-American fans and anyone who’s a fan of racial representation in general to celebrate. Hopefully, SNL can figure out how to redeem the situation before it’s too late.