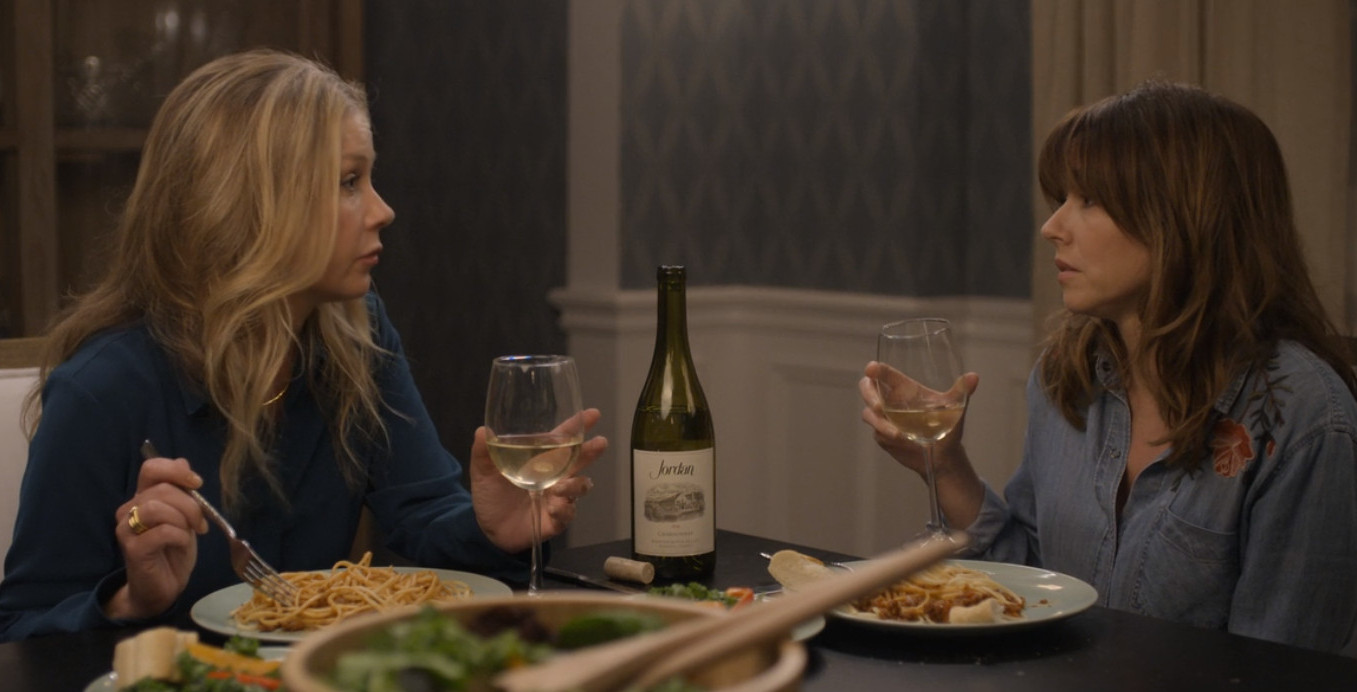 There’s not much room for hope in Jen’s life. When her husband is the victim of a brutal hit-and-run, her blame extends to everyone but herself. The police aren’t investigating properly. Her kids aren’t grieving properly. Her mother-in-law doesn’t respect her marriage. The neighbors aren’t saying the right things. She has no room for grace. Within the 10 episodes of Netflix’s Dead to Me, though, Jen begins to process her grief. Like all processing, it moves slowly, but that introspection allows Jen to grow into herself, for better and for worse.

Dead to Me follows Jen (Christina Applegate) in the months after the accident that killed her husband. She attends a grief support group and meets Judy (Linda Cardellini), who becomes her new best friend. As Judy and Jen’s friendship changes throughout the season, it becomes clear Jen’s only hope is not in relationships but in the police trying to find her husband’s killer. The hope of unmasking that criminal is the only beacon of light compelling her forward.

The plot of Dead to Me, with its vanity, mansions, deadly secrets and glasses of wine, plays like a film noir or soapy beach read. The style adheres to the latter, but one plot element feels ripped from the former: The audience learns the killer’s identity within the first few episodes. Alongside a Hitchcockian brand of suspense — the audience knows far more than the characters — this development sidelines the investigation and allows Jen’s grieving process to take center stage. As the audience waits for the confrontations they know are coming, the writers allow Jen to mourn.

Although Dead to Me sometimes feels like a mashup of random characterization, one motif feels potent: characters processing in their cars. As a buttoned-up real estate agent and mom, Jen keeps it together, but when she’s in her car, her facade drops and she begins blaring metal music. This ritual, or prayer of sorts, comes from her desire to be simultaneously alone and out of her own head. When Jen is lied to, she goes to her car. When she’s sexually harassed, she goes to her car. When she remembers her imperfect marriage, she goes to her car. Within this confined, isolated space she can breathe and be free of judgment, even from the audience. Because here, we can understand the overwhelming facts of Jen’s situation and sit with her as she processes.

The performances make Dead to Me truly worthwhile, regardless of its heavy tone and twisty premise. Applegate has never been better at toeing the line between comedy and drama, and Cardellini hasn’t been this tragic since her breakout turn on Freaks and Geeks. The true screen stealer, though, is James Marsden as Judy’s wealthy fiancé. Marsden played the overlooked boyfriend-in-waiting for most of the aughts, but now his handsomeness has a devilish quality. As his performance evolves on Dead to Me, he showcases charm, a temper and supreme childishness. Slot him next to Applegate and Cardellini, and all three lead performances give life to what could have been a dour mystery.

Still, hope does not exist in excess in Dead to Me. In this microcosmic wealthy world, hope is a commodity to be bought and sold. While Jen is usually selling, she is trying to find the balance of hope and grief. It’s why she goes to the grief support group in the first place, and it’s why she continues to go despite not believing in the group’s Christian ethics. Jen also experiences a bit of hope as she investigates her husband’s case, because as in her car, in these moments she’s in control and out of her own head. Dead to Me never overflows with hope, but it does prove even a little bit of hope can overpower a lot of despair.

Christianity has long existed in this unequal balance of hope and despair. The foundations of the religion juxtapose the despair of the cross and the hope of the Resurrection. When looking at the persecution of the early church, it’s easy to see how those followers could have decided Christianity wasn’t worth the suffering, yet hope and empowerment from the Holy Spirit kept them going. And in today’s broken political landscape, despair is certainly the de facto state.

If people continue to engage in the smallest moments of hope, though, despair stays at bay. For Jen, engaging in hope often looks like following leads and investigating in place of law enforcement. These actions likely won’t provide her the same peace hoping in God’s plan will, yet they will allow her to move forward despite the setbacks.

In the 2017 movie A Ghost Story, the main character’s husband is killed in a car accident. One subsequent scene is a single take of her eating an entire pie. It might be boring in a cinematic sense, but it’s a potent display of grief. Even though the viewer’s mind will wander to what’s for dinner or what’s on the to-do list, when they return to the movie, the character is still grief-stricken and still eating. Dead to Me uses a similar technique. TV’s longform storytelling means every time viewers return for another episode, Jen is still grieving and still processing.

Dead to Me is a look at the extended grief process.When all is said and done, despite some occasional violence and her frequent yelling, Jen still trudges forward through her life, seeking answers and attempting to process her grief. One can only imagine the now-confirmed second season will pick right back up in its place, with a woman processing loss in her own way, on her own time frame.

Reid Ramsey is on staff with the Student Ministry at Cokesbury Church in Knoxville, Tenn. You can also find his writing on movies and TV at ThinkChristian, Cinematary, and Arts Knoxville.