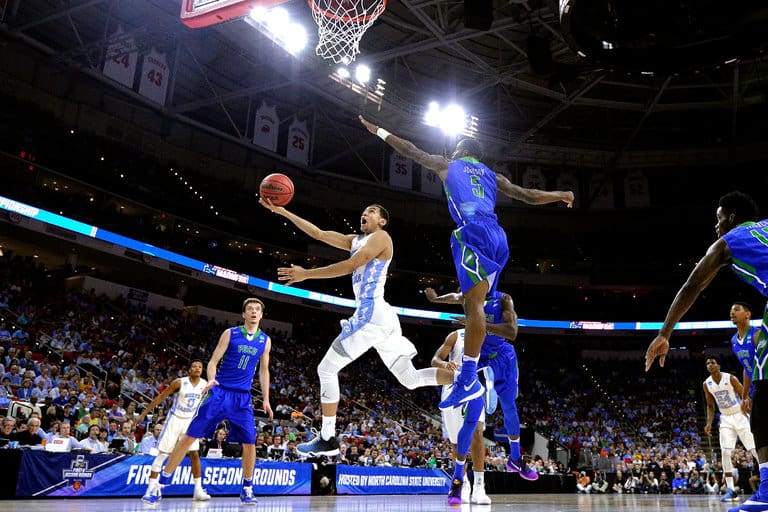 The NCAA has followed the NBA’s lead and announced its response to North Carolina’s controversial LGBT legislation regarding bathroom use.

The NCAA released a statement on Monday announcing that championship games will be moved out of North Carolina this season.

In its decision Monday, the Board of Governors emphasized that NCAA championships and events must promote an inclusive atmosphere for all college athletes, coaches, administrators and fans. Current North Carolina state laws make it challenging to guarantee that host communities can help deliver on that commitment if NCAA events remained in the state, the board said.

There are seven games that were slated to be in Cary, Greenville and Greensboro, North Carolina this season including women and men’s soccer, men’s basketball, women’s golf, men’s and women’s tennis, women’s lacrosse and baseball.

The statements outline the specific reasons why North Carolina is having games removed from there, citing:

North Carolina laws invalidate any local law that treats sexual orientation as a protected class or has a purpose to prevent discrimination against lesbian, gay, bisexual or transgender individuals.

North Carolina has the only statewide law that makes it unlawful to use a restroom different from the gender on one’s birth certificate, regardless of gender identity.

Five states plus numerous cities prohibit travel to North Carolina for public employees and representatives of public institutions, which could include student-athletes and campus athletics staff. These states are New York, Minnesota, Washington, Vermont and Connecticut.

The NCAA board will determine where to re-locate the games soon.