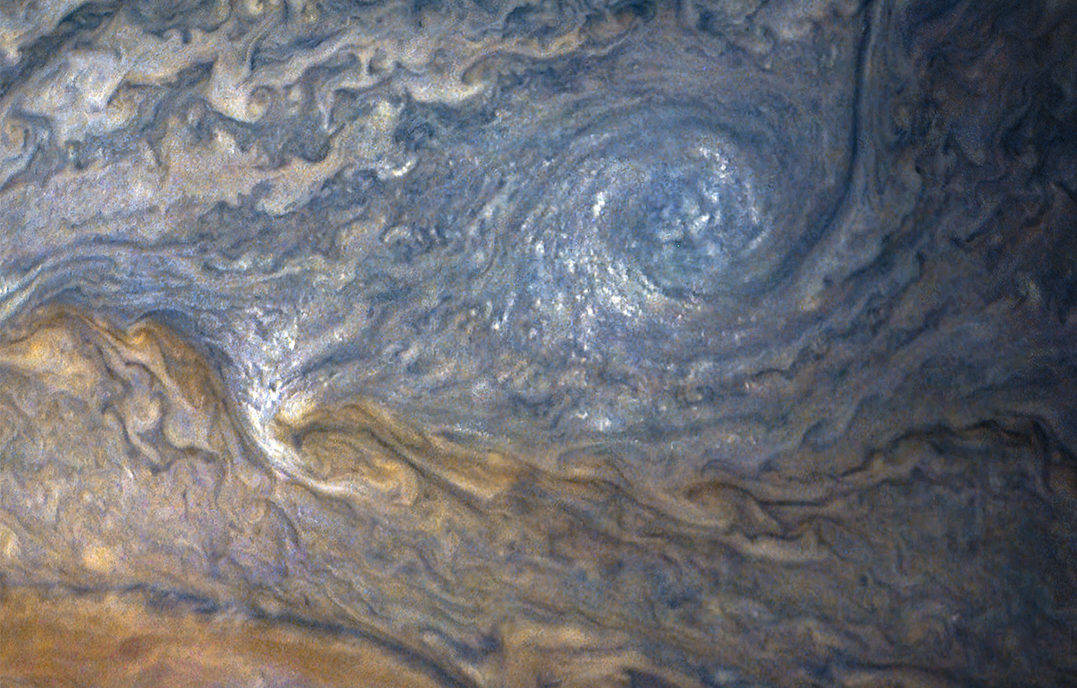 NASA’s Juno spacecraft captured an image of Jupiter’s atmosphere on December 16, 2017 that almost looks too fantastical to be real. Juno is orbiting the gas giant with JunoCam, a color, visible-light camera scientists are using to capture images of the planet’s poles and cloud tops.

The image shows the the northern hemisphere of Jupiter, swirling with clouds and tornados. The picture was taken over 8,000 miles above the planet’s clouds, and each pixel in the image measures about 5.8 miles. Its color has been enhanced a little by NASA before release.

Mind-bending, color-enhanced swirls of Jupiter’s turbulent atmosphere can be seen in this @NASAJuno image of the planet. The spacecraft took this image of colorful, textured clouds in Jupiter’s northern hemisphere on Dec. 16, 2017. Discover more: https://t.co/mHoMlSS5xo pic.twitter.com/NV3u1YtRTZ

While JunoCam is primarily for public engagement purposes, Juno does have science instruments that gather data on Jupiter. The craft has been as low as 2,600 feet above the cloud tops to gather information and images on Jupiter’s auroras, magnetosphere, and structure. Let’s hope NASA can keep the pics coming during the research.

How Ben Higgins Brought His Faith to ABC’s ‘The Bachelor’