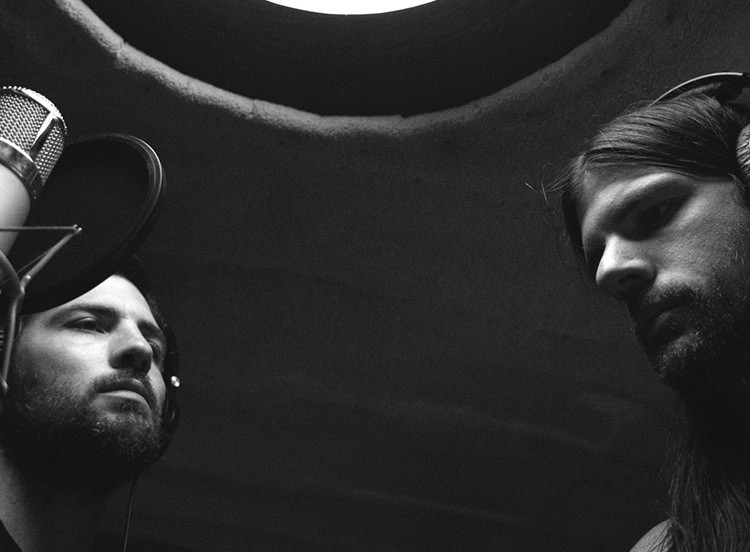 The Avett Brothers hold an interesting place on the pop music landscape.

Their fanbase is big enough for them to headline festivals and venues like Madison Square Garden. They regularly work with super-producer Rick Rubin (known for collaborations with the likes of artists including Kanye West, Lady Gaga, Ed Sheeran, Eminem and a ton others). And their releases regularly top sales charts.

But instead of embracing their rock-star status, the group—led by real-life brothers Seth and Scott Avett—are more comfortable kicking around their hometown in North Carolina, meeting fans and recording music in an old church.

In the new film May It Last, directors Michael Bonfiglio and Judd Apatow follow the band as they record their latest album True Sadness and understand the faith, relationships and places that inspire their music. The film just hit HBO.

We recently talked with Bonfiglio about the movie and what makes the band tick.

RELEVANT: Can you tell me a little about the first time you came across their music personally?

Michael: It’s funny, I actually don’t know when I first did. I think the first time I was aware that I heard it was in Judd’s movie This Is 40—he used “Live and Die.” When Judd first called me about making the film with him I was not a big fan. I didn’t really know them really well so when he called me I immediately downloaded every album and kinda immersed myself into their music very quickly. But I went in a bit uninitiated, but I think it was an asset because I didn’t go in as a founding fan. I had come to respect and love their music in a short period of time but  I didn’t go in a someone who has loved them for years so I was able to stay impartial and document my impression of the band was.

RELEVANT: What made The Avett Brothers a band worthy of saying their story needs to be told on film?

Michael: It all happened really organically. Judd and I were talking for a while about finding a project to do together. Judd was talking to Rick Rubin and Rick told him that the Avetts were going into the studio to record so Judd called me and said, “What do you think? Should we check this out?” so we went and didn’t know what we were even making.

We kinda just went as an exploratory thing and on that first shoot we wanted to come back with something, so we actually shot the music video for “Morning Song” on that first trip. We met the guys, watched them work, filmed with them and got to know them a little bit. We weren’t sure if there was something there but there was something about the guys that was really intriguing and about the energy that they exuded, obviously the music was great but it was something about them about as people. We wanted to keep going, so we were like let’s do another shoot and figure out what it is about these guys. So that happened for the better part of the year until really the big two-and-a-half week recording session happened in Malibu and by the time we got there we realized this is probably a feature documentary—this is a whole story here. And so it all happened really slowly and the movie kind of found us in a way.

RELEVANT: There are two things I feel like we get to take a deeper look at in the film that plays into who the brothers really are: They are religious and their roots are in North Carolina. Those two things almost seem like members of the band themselves.What was it like capturing that faith narrative?

Michael: Scott talks about being baptized by his grandfather and the context of not really having known his grandfather, Clag, but knowing him through his collective sermons. His sermons reveal a really complex and interesting guy. In the ideas of their faith, I wouldn’t characterize the guys as super religious but I would certainly say they are people of Christian faith. But they don’t talk about it a whole lot, I asked about their faith and some of it is in the film.

The setting for the rehearsals and the demo recordings in Asheville. It’s sort of coincidental that it’s a church and I don’t think they were working there because it used to be a church. They were working there because it was a really great recording studio that was close to their houses. I don’t want to mischaracterize the amount of religion or faith that was in the movie but these are all people of very strong faith and convictions that guide their lives and decisions and its a part of them, but they don’t talk about it a whole lot.

RELEVANT: One of the first scenes is in Madison Square Garden, showing this energy that they have on stage. Can you kind of describe that also describe what that was like trying to capture in on film?

Michael: Well they are incredibly difficult to capture on film. We shot all of the concerts with three cameras, except at MSG we had four and it wasn’t nearly enough. I was prepping my camera operators at the MSG show and I said you’re gonna have a hard time holding focus and following the action, which is one of the reasons their show is so fun: They are all over the stage, they are so spontaneous in what they’re doing.

They are just an extraordinary live act and I think that’s how they’ve built their fan base. I think they enjoy being in the studio—Seth especially really enjoys the process but they’re kinda known as this band that comes to life on this stage. We didn’t go on tour with them, we just shot some concerts. This wasn’t a tour film and I’m glad it isn’t. We made that decision early on because we know what they do on tour and it is a performance. I don’t think I’ve ever seen a more boring band post-show. They go back to the bus, they have food and they go to sleep. There is no action, they are not out there tearing up the crowd. They are professionals. They put it all on stage and that’s it.

So what we were interested in was trying to get below the surface to what’s really going on with this band and I think to the extent we were able to succeed in doing that, we were able to do it while being in the quieter moments of creativity.