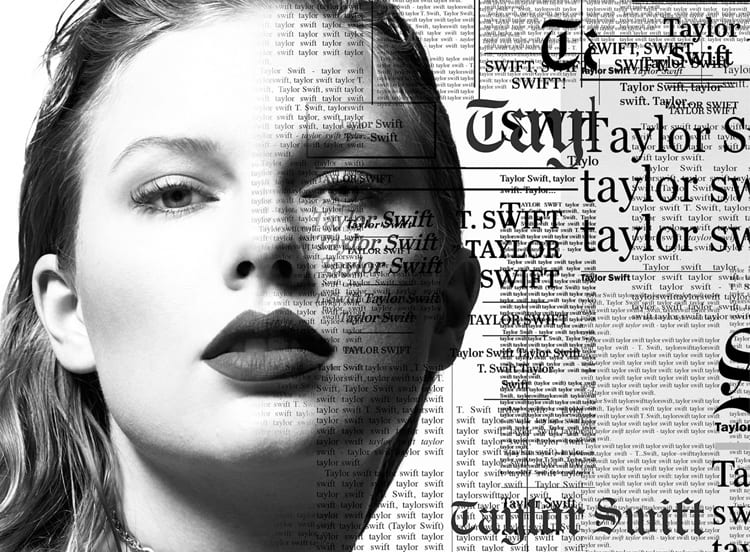 There are certain elements of pop culture where you can expect a high body count. If you pay $12 for a ticket to the latest Martin Scorsese movie, then complain about the violence … uhhh, shame on you.

On the flip side, pop music is dropping more metaphorical bodies in 2017 than Game of Thrones has killed major characters, which should catch us all off guard. Last night at the VMAs, the video for the new Taylor Swift single “Look What You Made Me Do” debuted, an obvious continuation of the seemingly never-ending feud with her fellow pop stars.

If only that were the lone pop-revenge moment of the evening. Girl group Fifth Harmony, down to four members after Camila Cabello exited for a solo career, started their performance by throwing a fifth member off of a water tank.

Also notable was who didn’t show up for pop music’s biggest night. While her video was showcased, Swift herself was nowhere to be seen, likely due to avoiding Perry. Also, Kanye and Kim skipped the ceremonies, possibly because word had leaked that Taylor mocked Kim’s jewelry robbery in the video premiere, which was likely a rebuttal to Kanye’s controversial song and video mentioning Taylor in his 2016 single “Famous.”

Not to be left out of the revenge game, Katy Perry released the video for “Swish Swish” last week, another passive-aggressive single about Taylor Swift in which she sings, And I’m a courtside killer queen / And you will kiss the ring / You best believe.

You’re not alone. Not only is this revenge obsession unbecoming behavior for adults, pop stars or otherwise, but it seems to be turning off the general public. Even the formerly unbreakable Swiftaholics are questioning the latest single released by their pop hero. And Perry didn’t come out a winner here either. Earlier this summer critics offered up particularly harsh reviews of her biting new album Witness, and Vox declared that the 2017 VMAs, which Perry hosted last night, effectively killed the awards show’s reputation forever.

REVENGE IN THE AGE OF VICTIMHOOD

This is a tricky subject, so let met first be very clear that systemic racism, bias against women and a handful of other social justice issues being discussed in the current era are real, scientifically documented, vastly repeated societal behaviors. Tragically, there are always people willing to exploit mass injustice for personal gain.

In 2017, victimhood is a pathway to fame. A decade ago, decadence and drama could bring the average Joe or Jane into the spotlight. MTV shows like The Hills and Jersey Shore took hard-partying nobodys and put them on the small screen to drink and drug hard, break up, make up, cry, fight and pull hair. The currency for fame became back-stabbing and secret blabbing.

Today, victimhood is the best way to grab headlines. Think about the dozens of headlines you’ve seen about an Instagram post hitting back at “body shaming.”

“So who cares if we are becoming a culture of victimhood?” writes Arthur C. Brooks for The New York Times. “We all should. Victimhood makes it more and more difficult for us to resolve political and social conflicts. The culture feeds a mentality that crowds out a necessary give and take—the very concept of good-faith disagreement—turning every policy difference into a pitched battle between good (us) and evil (them).”

Recently, we’ve seen this in the battle between Neo-Nazis and the Antifa at Charlottsville, as well as Antifa violence at the Presidential Inauguration and at Berkley this year. Both groups justify violence through victimhood. Nazis believe they are the victims of reverse bias, and anarchist Antifa groups believe they are the victims of Nazism, capitalism and society in general.

In case you haven’t been keeping score at home, there’s no scenario where this ends well. James Hodgkinson, the  alleged attacker at the Congressional baseball field shooting in June, believed he was victimized by Republicans, so he set out to murder a group of them. James Fields, the alleged driver who murdered 32-year-old Heather Heyer by ramming his car into a crowd of protesters during the Charlottsville upheaval, felt bullied in school, and turned to the writings of Adolf Hitler for power.

And so we find ourselves as a nation in an updated version of the Hatfield-McCoy feud, the famous 1800s violence between two families, which left several members of each clan dead over the course of 30 years. And it’s not enough for extremist groups to loot, burn and kill. Now our pop stars want in on the action too. Because in 2017, the spotlight is drawn to both self-declared victimhood status and the revenge narrative.

AN URGENT NEED FOR THE GOSPEL

In an era where the world around us keeps demanding an eye for an eye, and our biggest pop stars are literally singing the same tune, Christians are in a unique position to offer up something more than the flywheel of punching back twice as hard.

Of course, any of us can find a “reason” why were victimized. For the last three weeks, I’ve received dozens of angry tweets and YouTube comments over my article “The Theology That’s Dividing Christian Hip-Hop,” ranging from calling me a bad journalist to accusations that I can’t possibly be a Christian. Let me be clear, this is in no way victimhood. This is a byproduct of my career. I have absolutely no right to express myself in a world where others (in this case, Christian hip hop fans) are not free to disagree with me. And when those comments turn personal? Well, that’s the price I have to pay for expressing my beliefs. Unless myself or my family are being threatened, I have nothing to complain about.

The moment that I set myself up as the “victim” of “journalism shaming,” not only do I take something away from people who have truly been victimized, but I add to the momentum of false victimhood culture while ignoring the words of Jesus about turning the other cheek.

To get off the American Victimhood/Revenge merry-go-round, perhaps it’s best to look to believers outside our own borders. In the aftermath of the Rwandan genocide where over a million members of the Tutsi tribe were slaughtered at the hands of their own countrymen, Archbishop Desmond Tutu wrote, “Forgiveness does not mean condoning what has been done. Forgiving means abandoning your own right to pay back the perpetrator with his own coin.”

Taylor Swift is wrong about this one. No one can make you do anything. Revenge is a choice, and it’s one that never leads to healing or flourishing.